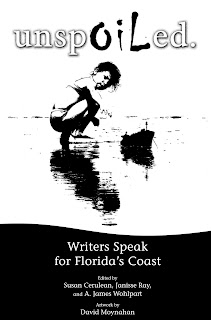 Before Florida residents had ever heard about the Deepwater Horizon oil rig or had seen their beaches covered with tar balls, a group of writers decided last fall to pen their thoughts against oil drilling.

And the editor of "UnspOILed: Writers speak for Florida's Coast," said she hopes the book will energize people rather than leaving them to feel further helpless about the plight of Gulf marine life that is suffering and dying in the ongoing oil spill.

In 2009, the Florida House adopted a bill to lift Florida's nearly 20-year-old ban against drilling in state waters, which extend 10.3 miles into the Gulf of Mexico. But the Senate refused to take up the bill. Last fall, a House panel began holding hearings towards crafting new drilling legislation but the Senate again refused to take up the issue.

With possible legislation as a backdrop, the Red Hills Writers Group last fall began soliciting essays against oil drilling in the Gulf. The result is the "UnspOILed" collection of 38 essays by scientists, journalists, writers and educators across the Gulf coast. The book will be released June 11 and will be accompanied by events across the state, said Susan Cerulean, co-editor. 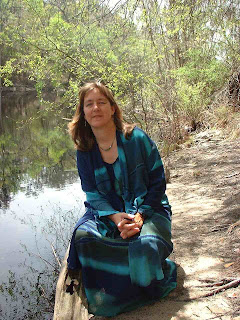 "I do find that in people there is a shared sense of paralysis and hopelessness and 'I can't take any more of this,'" when it comes to the oil spill, Cerulean said. "These stories, I think they might move people closer to how they feel about being actively involved themselves in a way we've never really seen our population be before."

Rep. Seth McKeel, R-Lakeland and sponsor of a failed House resolution that would have called for opened federal waters off Florida's coast to drilling, said drilling now "is clearly off the table" and that federal and state moratoriums will remain in place. "If the goal is advocacy from a policy perspective, I'd ask what they are advocating?" McKeel said.

Cerulean said most of the essays don't directly address drilling, although a few of them do -- and she doesn't think they've been dated by the seismic political shift now against drilling. "We still need to address what we are going to do about fossil fuel extraction in Florida no matter what happens," she said. "We can't give up on the Gulf no matter how much oil is spilled."