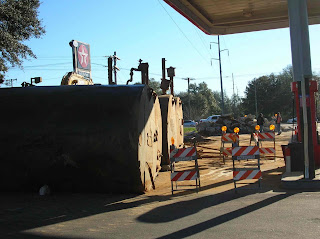 Both HB 569 and HB 1385 were introduced by Rep. Ralph Poppell, R-Vero Beach and chairman of the House Natural Resources Appropriations Committee.

HB 569 would have lifted the state ban on yard waste in landfills where methane gas was captured and burned to produce electricity. Waste Management Inc. and the North American Solid Wastes Association supported the bill, with Waste Management saying it would allow trash haulers to use a single truck to pick up both yard waste and household garbage.

But it faced opposition from Sierra Club Florida, the U. S. Composting Council, Hillsborough County and the Southern Alliance for Clean Energy. In response to a similar bill proposed in Georgia, the U. S. Environmental Protection Agency said compositing is a beneficial use of yard waste compared to dumping it in landfills.

In his veto letter, Crist said the bill represents a step backwards in Florida's recycling efforts and it could cause landfills to fill up quicker.

Crist echoed the concerns of cities and counties in his veto letter and said the bill directs the Florida Department of Environmental Protection to set less protective standards for site cleanups. He also raised concerns that the bill would redirect $10 million from cleaning up more dangerous sites and would divert the money to the least dangerous sites.

The yard waste bill was also opposed by Green Florida, a community gardening organization whose supporters sent more than 400 letters to the Governor telling him the mulch sites were counted on by thousands of gardeners and community gardeners throughout the state.