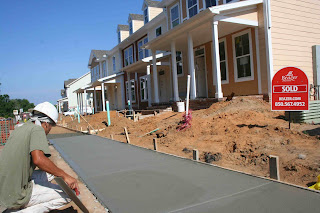 More then 100 days after the Deepwater Horizon oil rig exploded and sank off the Louisiana coast, a University of Florida study shows that the disaster is creating real estate market uncertainties far from affected counties along the Panhandle.

The gushing BP well was capped on July 15 and work to kill the well is ongoing. On Wednesday, state officials said scattered tar balls continued to wash ashore as beaches in Escambia, Okaloosa and Walton counties remained under swimming advisories.

A quarterly survey by the University of Florida of 275 real estate professionals revealed concerns about effects of the spill on markets far from the Panhandle. Many of the respondents predicted a decline in the investment outlook for single-family and condominium markets. Reductions in tourism caused statewide by the oil spill affects jobs and the real estate industry, said Tim Becker, director of UF’s Bergstrom Center for Real Estate Studies.

The U.S. Coast Guard in the Gulf region that includes the Florida Panhandle is removing oil boom now. They are looking for oil but not finding much on the surface, said Capt. Steven Poulin, USCG incident commander in Mobile, Ala.

"I can tell you there is a lot of blue water out there and limited sheening and limited patches … of emulsified oil," Poulin said. He said the Coast Guard is trying to detect oil that may be lurking beneath the surface.

The Florida Fish and Wildlife Conservation Commission moved its Sept. 1-3 meeting from Weston in South Florida to Pensacola, to give the Panhandle beach city a "deserved economic boost," Commission Chairman Rodney Barreto said.

(Story provided by the Florida Tribune. Story and photo copyrighted by Bruce Ritchie and FloridaEnvironments.com. Do not copy or redistribute without permission, which can be obtained by contacting brucebritchie@gmail.com.)
Posted by Bruce Ritchie at 7/29/2010 07:20:00 AM

Thanks for sharing this study. There has been a lot of speculation about the effect the spill will have, but very few actual statistics. However, this study still seems based on speculation, given that it is reporting on the predictions of real estate professionals, rather than actual figures. Either way, it's good to see that someone is consistently tracking the sentiment of those who are most in the know concerning the effects of the spill on coastal real estate. Thanks again!