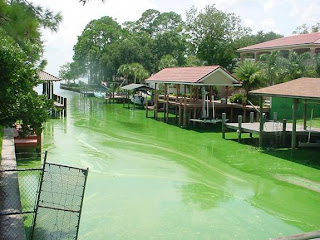 The U. S. Environmental Protection Agency earlier this year proposed specific limits for nitrogen, phosphorus and other nutrients to replace a state narrative standard that environmentalists said is too vague. EPA agreed to propose the standards to avoid losing a federal lawsuit filed by groups including the Florida Wildlife Federation, the St. Johns Riverkeeper, the Sierra Club and the Conservancy of Southwest Florida.

Florida's springs and waterways have become choked with weeds and algae from nutrients in groundwater and stormwater runoff. Industry and agriculture groups along with utilities say the proposed federal standards are too strict and will harm Florida businesses and the economy. 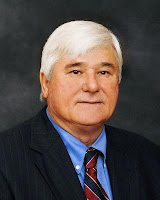 "I promise if this thing continues as it is going, people in Florida will be tremendously economically damaged and they will be damaged at a time when they are trying to make a recovery," Bembry said by phone from Washington.

The Sierra Club, in an e-mail alert, chided "big polluters and their favorite state legislator lackeys" for trying to stop pollution limits. "I think in a way it just shows how desperate these (industry and agricultural) groups are to stop this whole idea that we've to do something more about water quality," said Neil Armingeon of the St. Johns Riverkeeper.

(Story provided by the Florida Tribune. Photo by Chris Williams, GreenWater Laboratories/CyanoLab. Story copyrighted by Bruce Ritchie and FloridaEnvironments.com. Do not copy or redistribute without permission, which can be obtained by contacting brucebritchie@gmail.com.)
Posted by Bruce Ritchie at 7/31/2010 11:05:00 AM