Water bill approved by House, headed back to Senate. 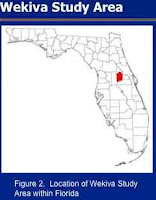 A Senate water bill won approval on Wednesday from the House despite opposition from legislators from the Wekiva River area north of Orlando.

SB 550 at one time had required that septic utilities be established statewide but the measure faced opposition from the Florida Home Builders Association. That requirement was dropped from the bill last week by Sen. Lee Constantine, R-Altamonte Springs, to win support from FHBA.

The bill now requires septic tank inspections every five years. SB 550 was amended Wednesday to conform with HB 7177, a House Agriculture and Natural Resources Committee water bill. And HB 773, which calls for expedited permitting for biofuel projects of 1,000 acres or more, also was amended to SB 550.

Representatives from the Wekiva River region north of Orlando said they were concerned that the bill would encourage the Florida Department of Health to require nitrogen-reducing septic tanks in the region. DOH last year proposed a rule requiring those septic tanks as provided by the Wekiva Parkway and Protection Act of 2004.

But budget language in 2009 prevented the department from imposing the rule while an ongoing septic tanks study was continuing. There is similar language in the proposed 2010-11 state budget awaiting a vote by the Legislature on Friday. Audubon of Florida has criticized the study as a waste of taxpayer dollars and a delaying tactic.

Rep. Chris Dorworth, R-Lake Mary, said Wednesay he was voting against SB 550 to send a "stark warning" to the Department of Health. "Do not implement these (rules) before we have a good, clear reading on that study or you will have group of very seriously upset legislators from Central Florida," Dorworth said.

Rep. Trudi Williams, R-Fort Myers and the House Agriculture and Natural Resources committee chairman, said for the past two years she had been fighting "fervently" against proposals to require advanced septic tanks and that the bill does not require them. "The Department of Health, we are watching them like hawks," she said.

Constantine said Wednesday night he had no objections to the amendments placed on the bill, which will be taken up again by the Senate.