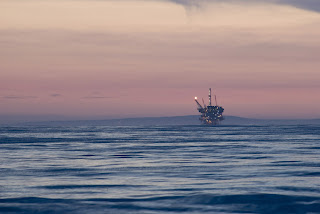 Legislation to allow drilling in state waters won't be voted on by the House this year, Rep. Dean Cannon on Friday told the House Select Policy Council on Strategic & Economic Planning.

The council chaired by Cannon, R-Winter Park, held 10 hearings and workshops last winter and spring towards developing legislation to lift the state's 20-year-old ban on drilling.

Supporters said drilling could bring jobs to Florida and revenue to the state while opponents said it poses a risk to the state's coastline and tourism industry.

On Wednesday, Cannon told reporters that the council that he chairs could vote as early as Friday on a draft committee bill to lift the state's 20-year-old ban on drilling.

But Friday, Cannon opened the council meeting by saying that the committee would not vote on the bill and instead only would consider forwarding to the House speaker a report that included the draft bill.

The Senate, Cannon said, showed no appetite for taking up drilling legislation this year.

Photo courtesy of Photoseverywhere.com. Some rights reserved, click here for details.
Posted by Bruce Ritchie at 4/17/2010 08:09:00 AM