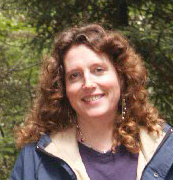 Supporters say voter approval is needed to wrest growth management from the control of developers. Opponents, including business groups and local governments, say requiring voter approval will cause economic harm and increase the influence of special interests in elections.

Hauserman, a former reporter for The Tallahassee Democrat and St. Petersburg Times, said in a statement issued by Florida Hometown Democracy that the group is a way for ordinary citizens "to win back our votes from the special interests."

Read her essay "How to Save Florida" at http://www.juliehauserman.com/writing/how_to/how_to.shtml.

I'm currently undecided about Amendment 4 and used your links to find out more info from both sides. The pro-amendment 4 link is not a very good resource for the issue, while the against is quite organized. If you do another story, please try to find a better resource for the pro. Thanks.