A state panel created by the Legislature to make recommendations on growth management and quality of life issues has produced its fourth annual report while it struggles with lack of state funding.

The Century Commission for a Sustainable Florida this year has issued four recommendations, most of them suggesting follow-up action on previous recommendations. 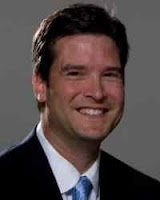 The commission, whose members are appointed by the governor, House speaker and Senate president, received $450,000 a year from the state when it was created by the Legislature in 2005 but received only $6,400 last year, commission Executive Director Tim Center told the House Military and Local Affairs Policy Committee.

"That was not enough technically to pay for the hosting fee for the web site," Center said. He said the Collins Center for Public Policy is paying the commission staff salaries and that the unpaid commissioners are paying their own travel expenses to attend meetings.

The commission already is working on one recommendation: Establishing a fact-finding process on coastal oil drilling in conjunction with Senate research on the issue.

The commission also is recommending that the governor and Legislature explore incentives for "cool roofs" and other reflective building surfaces that can reduce energy use.

Another recommendation calls for the Legislature to fund a second "water congress" -- this one dealing with water quality -- to follow up on the 2008 Florida Water Congress dealing with water quantity issues. In its legislative package last year, the Florida Department of Environmental Protection proposed many of the 2008 Water Congress recommendations but only two were approved, Center said.

Saying that Florida's sustainable water supply now is in "serious jeopardy," Center urged the committee to take up the remaining recommendations from the 2008 Florida Water Congress.

"This is low hanging fruit -- if not fruit on the ground -- and is something that could be done immediately," he said.

The fourth recommendation calls for a process of engaging landowners, agricultural interests, government agencies and environmental groups to create a blueprint for conserving Florida's clean water and air.

Several committee members praised the commission for its thorough research.

"I think we take them seriously," said Rep. Dorothy L. Hukill, R-Port Orange and committee chairwoman told FloridaEnvironments.com. "The reason they (commission recommendations) are broad is so they can make a recommendation that they can say there is broad support for."

To download a copy of the commission's recommendations, go to www.centurycommission.org .
Posted by Bruce Ritchie at 2/03/2010 10:58:00 AM