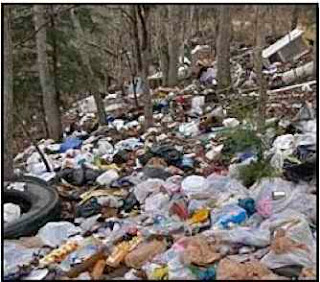 In a report released today, the Florida Department of Environmental Protection backed off an earlier draft recommendation to ban disposable shopping bags.

The Legislature in 2008 directed DEP to issue recommendations on regulating plastic and paper bags and banned local governments from adopting regulations.

DEP in October released a draft report that called for banning paper and plastic bags by 2015. But the department withdrew the draft report and removed it from its web site after a firestorm of opposition from conservative commentators and business groups.

The report issued today describes problems caused by plastic bags in the environment but merely outlines 12 options rather than proposing action. The options range in regulatory scope from launching an educational campaign or encouraging recycling in stores to implementing a fee on individual bags or banning them entirely.

A Sierra Club state chapter representative said the report was thorough and she hopes the Legislature takes action on it. "I understand why they (DEP officials) didn't" make a stronger recommendation, said Cecilia Height of Winter Park, a member of Sierra Club's waste minimization committee. "But I applaud the amount of homework they put into the thing."

To view the report, go on the web to: http://www.dep.state.fl.us/waste/retailbags/default.htm .

show some guts and tell the "conservative commentators" to pack their plastic bags and leave. it was a forward thinking idea, something we do see much of these days.

My plastic bags get recycled for the pet's refuse. W/o those bags, I will just leave the mess in the yard!

I keep plastic bags in my trunk, in case I go to the beach and pick up shells.

I keep plastic bags in my house for my cat's litter box.

I use plastic bags for packing around items to be mailed.

For those people that abuse the system and leave bags on the grounds, they of course should be fined VERY heavily.

I use plastic bags for carrying cans and bottles to the recycling bin, then reuse them again for the cat litter box. I use paper bags to collect paper for recycling. That's one reason I find this issue of what to do about plastic bags in the environment to be a fascinating issue.