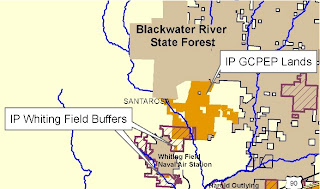 The Nature Conservancy and state forestry officials are asking the state to buy 10,087 acres along Wolfe Creek in Okaloosa County.

The state Acquisition and Restoration Council on Friday voted to move forward on five new proposed purchase areas, including two that would be landowner conservation agreements.

The Wolfe Creek area, owned by International Paper until 2006, is located between Blackwater River State Forest and protected natural areas surrounding Whiting Field Naval Air Station. The project has support from the Santa Rosa County Commission and other groups in the area, said Richard Hilsenbeck, director of conservation programs for The Nature Conservancy's Florida Chapter.

"This area has lots of rare species, lots of good quality natural communities, lots of longleaf pine ecosystems," he said. "It is an area of intense conservation interest by a lot of different groups." 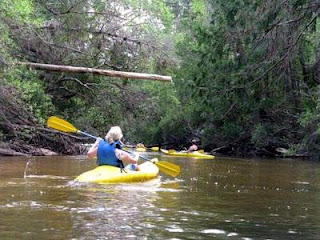 Those other proposed purchases include 811 acres in Okaloosa, Santa Rosa and Walton counties to relocate the Florida National Scenic Trail.

The trail extends more than 1,000 miles from Big Cypress National Preserve in South Florida to Fort Pickens near Pensacola Beach in the Gulf Islands National Seashore.

The proposed purchases in the Florida Pandhandle would remove 30 miles of trail detour along highways and relocate them to scenic natural areas, said Dan McKeague, land acquisition director with the Florida Trail Association.

Another proposed land-buy is the 4,414-acre Peaceful Horse Ranch in DeSoto County.

There are two proposals to buy development rights from landowners: One for 1,660 acres along the Suwannee River in Suwannee County and another is for 2,163 along the Peace River in DeSoto County.

"You're always putting new projects in the system so when funds become available you're not caught with no projects to move forward," he said.

The proposed projects will receive closer scrutiny from the state before the Council votes in June on whether they should be recommended for the state purchase list. The governor and Cabinet vote on a new purchase list in late summer.

To read about The Nature Conservancy's conservation project in the western Panhandle, click here.