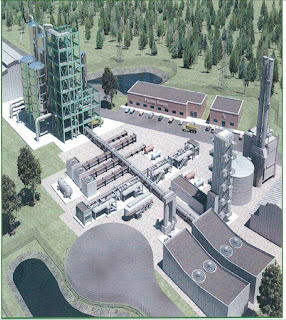 A group of more than 20 Gulf County residents have filed a legal challenge against a proposed biomass gas electric plant in Port St. Joe.

Biomass Gas & Electric (BG&E) of Norcross, Ga. has proposed building the Northwest Florida Renewable Energy Center to heat and convert wood chips into gas that would be burned to create electricity.

As of Feb. 16, there were four biomass electric plans applications under review by the Florida Department of Environmental Protection in the following counties: Alachua, Gadsden, Manatee and St. Lucie. DEP on Jan. 16 issued a permit for a 55-megawatt woody biomass power plant in Hamilton County.

The Legislature in 2007 adopted HB 7135, which defined biomass as a source of renewable energy. The proposed 47-megawatt power plant in Gulf County would produce enough power for about 47,000 homes.

But Meg Sheehan, a Massachusetts attorney who is working with the Gulf County opponents, said renewable energy does not mean clean energy. Her group is asking Congress to revoke financial incentives for biomass in the economic stimulus bill.

"Unfortunately 10 or 15 years ago biomass energy combustion was put on a level playing field with wind solar and others that don't have carbon emissions with the premise it was carbon-neutral, when it was not," Sheehan said.

In their legal challenge filed with DEP, the Gulf County residents say the company has failed to provide assurances that the plant would not release toxic air pollutants or emissions that would contribute to climate change.

The petition also points out that the site also is near the former Millview neighborhood where contaminated ash from the former paper mill was dumped before homes were built there.

DEP said Monday it was reviewing the hearing request.

A phone call Monday to a Biomass Gas & Electric spokesman was not returned. The company had proposed building the plant on Florida State University land in Tallahassee but moved the project a year ago after neighboring residents filed a legal challenge.

(This story was updated on Feb. 24 to remove incorrect information about the location of the plant site that was contained in the petition filed by the Gulf County residents.)

The site of the plant is not the site of the old Paper Mill Plant. The process named in the petition is also incorrect. You should be accurate when reporting.

After contacting a local official and going through the permit application, I can confirm now that the petition was incorrect in stating that the biomass plant was proposed on the site of the former paper mill. I'm unclear as to what the commenter is saying in regards to the process described in the petition as being inaccurate. I did not rely on the petition to provide a description of how the energy is produced.