Two Florida coastal communities are hoping that a state preservation and grants program will help them protect and revive their waterfronts.

The Florida Department of Community Affairs earlier this month designated Fort Myers and Panama City's Millville area as "Waterfronts Florida" communities. The designation allows DCA to provide planning assistance and federal grant money to the communities during the next two years. 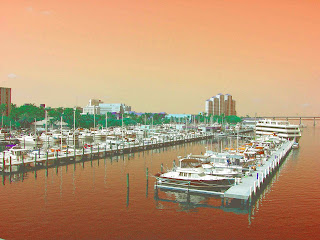 In Fort Myers, the city owns land along the Caloosahatchee River where a building had to be torn down because of storm damage, said Leigh Scrabis, deputy director of the Fort Myers Redevelopment Agency.

The city hopes to redevelop 540 acres along the waterfront with a mixture of retail stores, hotels, restaurants and marina improvements, according to city officials.

"Right now we have this wonderful asset but we don't have many people down there enjoying it," Scrabis said. "It remains empty most of the day, which is shame."

Twenty-one communities have been designated under the Waterfronts Florida Program since it was created in 1997, according to DCA.

During the first year of the program, the community prepares a long-range plan, or "vision," to guide redevelopment of its traditional working waterfronts area. During the second year, the community begins implementing the plan by focusing on land-use planning and priority projects.

Panacea, in Wakulla County, was named as a Waterfronts Florida community in 2001. That led to the establishment of the Big Bend Maritime Center, a second seafood-oriented festival, a fishing tournament and a push to rebuild a public fishing pier.

"It really has pulled that community together and allowed them to look at their assets more than being as a sleepy fishing village," said Paul Johnson, president of the Wakulla County Chamber of Commerce and a member of the Panacea Working Waterfronts board. 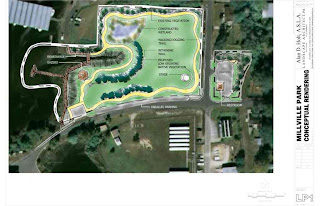 "At one time, Millville was a thriving community years ago," she said. "It has been through a serious hard time. There is quite a bit of life in our community -- we are on the way up."