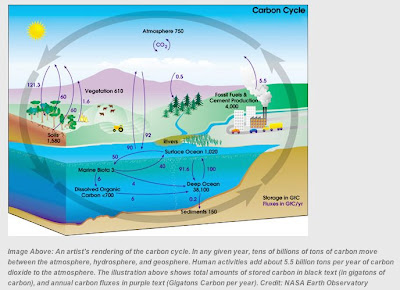 Florida's state parks, forests and other public lands some day could pay millions of dollars to the state annually for the carbon dioxide and other greenhouse gases that are captured and stored in plants and soils, according to a recent study.

But that some day isn't now or in the immediate future, Florida Department of Environmental Protection Secretary Michael Sole said this week.

Gov. Charlie Crist and the Cabinet heard a presentation on a study produced for DEP's Division of State Lands as required last year by the Legislature in SB 542. The study was produced by Eco2Asset Solutions, the University of South Florida and the Land & Timber Services Group.

The study found that 4.7 million acres of public lands that are under Cabinet ownership absorb 3.5 million tons of carbon dioxide or equivalent greenhouse gas emissions each year.

In a future marketplace in which companies pay to buy carbon-emission credits, the state would have 2.1 million tons for sale. That's after the 1.3 million tons of emissions produced by activities from those lands is subtracted from the amount of carbon absorbed absorbed.

Florida's credits toward capturing greenhouse gases could be worth $14 million a year, Sole said. But the cost of certifying those carbon captures, he said, could cost $8 million to $13 million.

"There is a lot more maturation needed of this carbon market as far as I'm concerned to be able to say this is something that is going to be able to put bread on the table," Sole told FloridaEnvironments.com.

Eventually a carbon market could produce revenue to purchase or restore state lands, Sole said. Until then, he said the study helps Florida begin to analyze how its public lands could pay off economically in the future and what the state can do to increase that value.

For example, replanting trees creates more credits for capturing greenhouse gas emissions, according to the study. 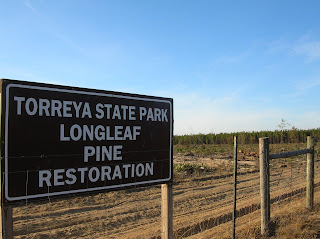 The study pointed to several accounting problems that may work against Florida and its efforts to conserve habitat on state land.

Florida's efforts to maintain healthy forests by clearing underbrush -- a process called prescribed burning -- is counted against the state as if the forests were ablaze in wildfires.

Although some research suggests that less carbon dioxide is released in prescribed burning than wildfires, there is no accurate method of measuring the difference, according to the study authors. Florida loses 1.3 million tons in potential carbon capture credit annually because of both prescribed fire and wild fire on public lands.

Agriculture Commissioner Charles Bronson said Florida's efforts towards protecting its natural resources could be "shut out" in a carbon emissions cap-and-trade marketplace.

"I will tell you to my dying day I'm going to fight to keep presecribed burning as part of Florida' s protection of forest and natural resources and schools and businesses and homes," he said. "If we don't have it and jump to the other side here we are really going to jeopardize the state of Florida."

Also more than half of state lands were not counted towards carbon capture because they are wetlands. There isn't an accurate method to account for their carbon capture and storage of wetlands, grass lands and sea grass meadows, the study authors said.

The study recommendations include creating a strategic plan for participating in carbon markets, pilot projects to capture carbon, additional research on carbon capture and improved data collection of biomass and timber on state lands.