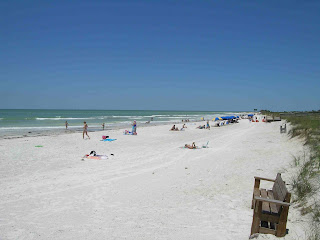 Florida's state parks set a record for attendance this past fiscal year in spite of -- or perhaps with the help of -- the economic downturn, according to the Florida Department of Environmental Protection.

The increases show the demand for recreational and educational opportunities that are affordable and close to home, DEP officials said.

Honeymoon Island State Park remained the No. 1 park with almost 1.3 million visitors, an increase of nearly 20 percent in one year. Honeymoon Island is located on a barrier island in Pinellas County north of Dunedin.

Florida's top 10 state parks in attendance accounted for more than one third of all visitors. Entrance fees at six of the those parks increased from $5 to $8 on July 1.

Sims said only the future will tell if attendance will continue to rise.

"State parks are still affordable family recreation," she said. "People are looking for that right now, to stay closer to home and get outdoors more."

Gasparilla Island State Park in Lee County also saw a boost in visitation of more than 20 percent, moving it from seventh to fourth among the top 10.

John Pennekamp Coral Reef State Park in the Florida Keys and Lover's Key State Park in Lee County both saw decreases of more than 9 percent last year but they remained in the top 10. Managers at the two parks could not be reached for comment.