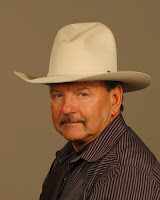 Florida wildlife officials are encouraging a state panel to recommend paying one of their bosses, state wildlife commissioner Ronald Bergeron, not to develop his land so that Florida panther habitat in Hendry County can be protected.

The state Acquisition and Restoration Council votes Friday to recommend a new state lands purchase list to the governor and Cabinet. A Florida Fish and Wildlife Commission (FWCC) representative today urged the council to add to the list 2,312 acres of the Green Glades Ranch owned by Bergeron.

FWCC Executive Director Ken Haddad or his designee also have been cleared to vote on the Acquisition and Restoration Council by a land acquisition attorney at the Florida Department of Environmental Protection. As one of seven members of the Florida Fish and Wildlife Conservation Commission, Bergeron is responsible for hiring and firing Haddad as the agency's executive director.

"We were being really careful that nothing about this was viewed as a conflict," said Nick Wiley, the agency's assistant executive director. "We followed all the procedures to make sure it was OK to go forward with what we were doing there."

Haddad was out of town this week and another FWCC official will take his place at the Acquisition and Restoration Council meeting, according to Wiley. Bergeron, an engineering contractor in Fort Lauderdale, did not return a telephone call seeking comment.

Florida law does not prohibit agency officials from voting on an item as long as they file a voting conflict form with the agency upon whose board they serve, DEP Assistant General Counsel Harold "Bud" Vielhauer wrote in an e-mail to the FWCC.

Florida Ethics Commission spokeswoman Kerrie Stillman confirmed that reading of state law. While state law prohibits local officials from voting when there is a conflict, state agency officials are not prohibited as long as the declare the conflict, Stillman said.

Bergeron, president and owner of Bergeron Family of Companies, is willing to consider a deal that allows him to own the property while the state purchases a "conservation easement," an agreement that pays the landowner not to develop the property. 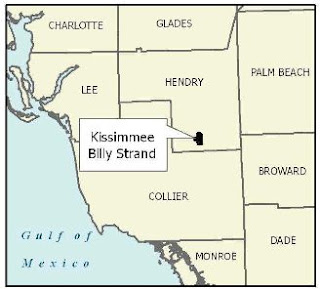 Some Acquisition and Restoration Council members today questioned why the land was being considered for the purchase list when state officials had not inspected the property. DEP and state wildlife officials said an analysis of property surrounding the proposed Kissimmee Billy Strand project, with more than 2,300 acres in Hendry County, had identified Bergeron's Green Glades Ranch as a valuable addition.

Wildlife officials say the purchase would protect habitat for Florida panthers and many other wildlife species. The Bergeron property would also would connect the Panther Glades purchase project to the north with Big Cypress National Preserve to the south.

According to Wiley, Bergeron has said he does not want to pressure staff and he wants the agency to avoid the appearance of a conflict of interest. Wiley also noted that any future deal would be negotiated by DEP's Division of State Lands and would be approved by the governor and Cabinet as with many other state land purchases.

"Any citizen landowner should have the ability to engage in this process," Wiley said.