A Senate co-sponsor of a controversial environmental bill says he didn't know it was amended to include a provision that critics say would limit public input on permitting decisions by the state's five water management districts.

Environmental groups including Audubon of Florida, 1000 Friends of Florida and the Putnam County Environmental Council are calling on Gov. Charlie Crist to veto SB 2080. Crist raised concerns about the bill last month but he said Tuesday he hasn't decided whether to sign it. 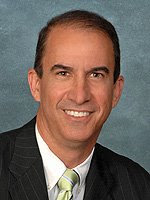 Sen. Carey Baker, R-Mount Dora and a co-sponsor of the bill, said Wednesday he was not aware of a provision in the bill that allows water management district executive directors to approve permits without votes of the districts' governing boards unless the directors choose to deny the permit.

"I was quite surprised," Baker said. "When you look at the language in the bill it doesn't say all the things I'm telling you (the bill says). It's sort of technical language (you wouldn't understand) unless you had time to dig through it which we didn't have time to at the end of session."

Baker said the bill was sponsored primarily by Sen. J.D. Alexander, R-Winter Haven, and that Alexander allowed Baker to have his bill dealing with "Florida-Friendly Yards" to be amended to the bill, making Baker the co-sponsor.

Baker's original bill, supported by environmentalists, would prevent homeowners associations from restricting the use of Florida-Friendly yard practices that are designed to need less water and fertilizer.

On April 30, the next to last day of the regular session to vote on bills, the Senate approved an amendment (Barcode 256072) that included the provision directing water management district executive directors to make permitting decisions. Alexander could not be reached for comment on Wednesday.

The provision also was included in House bills 7137 and 7143, which won House approval but died in the Senate without being voted on. Rep. Trudi Williams, R-Fort Myers and sponsor of both bills, also couldn't be reached for comment.

Mike Slayton, deputy director of the St. Johns River Water Management District, said the amendment to SB 2080 also was explained by Alexander on the Senate floor before it was adopted.

"If you are going to say it was a sneak attack, it was the slowest, most obvious sneak attack one could make," Slayton said.

Environmental groups say the bill would limit public access to the approval process. And former state Rep. David Flagg of Gainesville, who serves on the board of the Suwannee River Water Management District, agrees.

"I'm not looking for a fight," Flagg said. "I'm not looking to be a non-team player with the governor or Sen. Alexander, whom I know. I just think this is a bad bill as it relates to the seriousness of water management and the importance water-management districts and their governing boards ... as we have more consumption and loss of water in Florida."

The Florida Home Builders Association is supporting SB 2080 because it would allow water-management district boards to focus their time on other issues involving their agencies. "This is not only good for the environment; it's also good for business," association spokeswoman Edie Ousley said in an e-mail.
Posted by Bruce Ritchie at 6/11/2009 05:47:00 AM

This bill, as amended by Sen. J.D. Alexander, is a travesty of the public trust.

It is of the developer, for the developer and by the developer - and Sen. Alexander should know - he is a developer, building a 125,000 person city south of Lake Placid.... and Rep. Denise Grimsley(R)Lake Placid, whose district his new city will be in, asked him to "tack" on the amendment.

While Alexander blames others for the amendment wording, he sponsored the bill and the senate record clearly shows he moved the amendment.

The bill co-sponsor, Sen. Carey Baker(R) Eustis, claims Alexander told him he didn't know anything about the amendment. He also says he never knew it was in there, admits it "makes a bad situation worse," and promises, amid excuses, to "fix" it if Gov. Crist doesn't veto the bill - but, not until next year.


While distancing himself from any responsibility, Baker hard-headedly refuses to ask the Gov. to veto a bill he didn't know anything about and admits is bad. This is doubletalk, claiming to do something, while accomplishing nothing, allowing a bad bill to become law.

Voters in a statewide referendum, approved the current Water Districts and gave the governing boards the power to levy taxes.

The amendment sabotages the original bill by abolishing public hearings and eliminating governing board voting on the largest, most expensive, and potentially damaging withdrawals; those most in need of public participation, oversight, accountability and hearing, above board and in the Sunshine.

Governor Crist has the bill on his desk. He should pause, but only briefly, and remember his often repeated pledge of continued committment to making state and local government more accessible to the public. He should recall his recent words to the 1st Amendment Foundation, "open government is vital to Florida citizens who have a right to hold government accountable."

Governor Crist, as you recall your pledges, pick up your pen and veto this travesty of public trust.