Reduced water flowing from Georgia and Alabama in the Apalachicola River in Florida could have wider effects than have been traditionally studied, according to Florida State University researchers.

Alabama, Florida and Georgia have been fighting in federal court over water from the river system since 1990. Alabama and Georgia want water for cities, farms and recreation on upstream reservoirs while Florida for fish and wildlife in the Apalachicola River and the seafood industry at Apalachicola Bay.

The FSU researchers found that low flows in the river coincided with reduced concentrations of microscopic plant-like organisms -- called phytoplankton -- in an area extending 125 miles offshore into the Gulf of Mexico, said Steven Morey, a research scientist at FSU's Center for Ocean-Atmospheric Prediction Studies. FSU announced the publication of the study in a news release today.

Scientists suspect that annual changes in phytoplankton, the base of the marine food chain, can affect the availabilty of food for young fish along the continental shelf. They include reef fish such as grouper that spawn on the outer shelf edge and use areas closer to shore for nursery habitat. 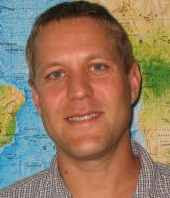 "We expanded our understanding of the area of significant influence of the river," Morey said. "Most of the (research) work in the past was within the bay or river itself. Now we have expanded the horizon we need to be concerned about to offshore habitat hundreds of kilometers offshore."

The political fight over water has subsided somewhat this year because of heavy rains across the southeast. The U.S. Army Corps of Engineers, which operates federal dams on the river, ended drought operations on June 1. Florida Gov. Charlie Crist in May asked Interior Secretary Ken Salazar to lead a study of water needs within the river system. 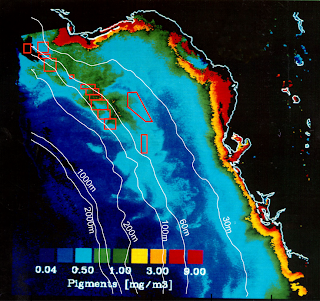 The FSU researchers examined the seasonal and year-to-year changes in river flow caused by changes in precipitation. They also used satellite data and computer models of ocean circulation to identify a region 125 miles offshore in which changes in ocean color indicated changes in phytoplankton concentrations related to the river flow.

The researchers published their findings in the journal "Continental Shelf Research."

DISCLOSURE: FloridaEnvironments.com Editor Bruce Ritchie worked under a contract with FSU that ended May 31. He wrote an article for FSU's Coastal and Marine Laboratory Web site about grouper research conducted by the lab staff. The Marine Lab did not participate in the research featured in this article.
Posted by Bruce Ritchie at 6/19/2009 04:28:00 PM