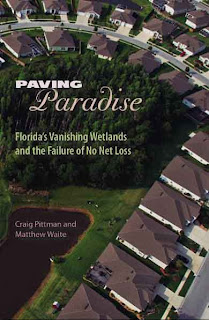 Those were the one-word descriptions of the U.S. Army Corps of Engineers given by four panelists earlier this month during a discussion at Florida Atlantic University's branch in Jupiter.

St. Petersburg Times reporter Craig Pittman set the tone for journalists at the Scripps Howard Institute on the Environment with his presentation on "Paving Paradise: Florida's Vanishing Wetlands and the Failure of No Net Loss." The book, co-authoried with Matthew Waite of the newspaper, was published in March.

The Times reporters wanted to track what had happened to wetlands in Florida after President George H.W. Bush declared there would be "no net loss" of U.S. wetlands. But the U.S. Army Corps of Engineers told the newspaper it didn't keep track of how many permits they had issued or how many wetlands acres were destroyed.

So the reporters collected permit data from 1990 to 2003 and found that the federal agency had approved 12,000 permits for wetlands destruction in Florida and denied only one. They analyzed satellite imagery to determine that 84,000 acres of wetlands in Florida had been destroyed. 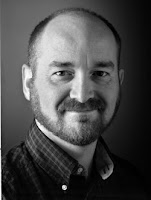 "We talked to a lot of people who worked for the Corps -- very good people, well-meaning people who feel they are handcuffed by a broken system," Pittman said. "One of them told us flat out, 'It's a huge scam. It's supposed to be protecting wetlands and it isn't.' "

In response, David Hobbie, chief of the regulatory division at the Corps' district office in Jacksonville, told FloridaEnvironments.com that he didn't work in the office when the Times first requested information and he can't dispute the newspaper's findings because he hasn't reviewed its data. The agency, Hobbie said, is improving its database and can provide the number of wetlands permits issued and their acreages within a week.

And as far as "no net loss" being broken, Hobbie said the policy seeks to account for the quality and function of wetlands -- not just provide equal replacement of the number of acres lost.

In Jupiter, Pittman said the three panelists all were "integral" to book. They were Ret. Col. Terry Rice, former commander of the Corp's Jacksonville office; Michael Davis, a former deputy assistant secretary of the Army; and Royal C. Gardner, a law professor at Stetson University. 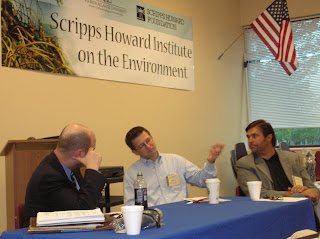 Rice, now an environmental consultant, described the former agency that he worked for as an "enigma" because it doesn't have any choice but to do what Congress tells it to do, such as issuing permits for wetlands destruction.

He recalled a Harper's magazine article in 1977 that labeled the Corps as "hired scapegoats."

He added, "Motivations aren't always what they look like they are."

Davis, now a vice president with the Keith and Schnars consulting firm, said the Corps is "paralyzed" because it has no sense of priorities. He said he failed to convince Corps officials to work with his development clients early in the permitting process to avoid delays and problems later.

"They won't come to the table but at the same time they are involved in some 25-foot boat dock and take five years to issue a permit," Davis said. "They are just paralyzed. They don't have a sense of how to move beyond that."

Gardner said he described the Corps as "decentralized" because the public expects agency officials to be "renaissance men and women" who are experts in every discipline.

"Nobody knows all those things," Gardner said. "It is an unrealistic expectation."

Pittman said "in many ways the Corps is schizophrenic" because it is a large bureaucracy that is responsible for both public works projects and regulatory enforcement.

Many of the agency's regulatory employees, he said, are biologists who are familiar with what wetlands do and how important they are. But they operate within that system that makes them feel handcuffed.

"So they become this very permissive permitting agency," he said. "They are going in a couple of different directions at the same time and end up paralyzed."

Hobbie said he agrees with Rice that the agency has a complex mission, and one that Congress expects it to fulfill.

"At times the Corps gets maybe some of the negative publicity or negative press because we are open," he said. "We try to be as transparent as possible. Sometimes when that happens not everybody agrees with what you do."