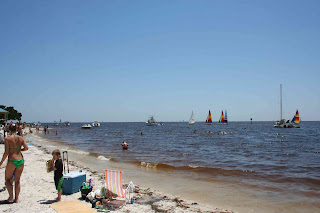 A senator whose summer beach trip was spoiled by high bacteria levels has filed a bill directing the state to investigate possible sources of beach water contamination.

Sen. Eleanor Sobel, D-Hollywood, rented a hotel room at Hollywood Beach last summer to stay with visiting relatives. But when they went down to the water, they discovered that advisories against swimming had been issued by the local health department.

When she began asking local officials why the advisories were issued, she was told the cause of the contamination was unknown or there were a variety of causes, including droppings from birds.

Her SB 526 would require the Department of Health to investigate sources of beach water contamination and publish reports on the department's web site. DOH also would be directed to implement an educational program on human actions that can harm beach water quality.

Local health departments now test water weekly under a DOH program, and results are posted at floridashealth.com/beachwater. The state does not close beaches but instead local health officials issue advisories recommending that people not swim in waters with high bacteria levels.

In Florida in 2009, there were 248 advisories lasting less than six consecutive weeks for a total of 2,201 days, according to the Natural Resources Defense Council. That total was up compared to the 2,067 days in 2008 but it's less than the three previous years.

"Just testing beaches for pollution isn't enough," said David Beckman, director of water program at NRDC. "It's critical when problems are identified, the sources of those water quality problems are identified and addressed. That is the only way to make beaches safer in Florida or anywhere else in the country."

State health officials have said in recent years that pollution sources usually are not easily identified. Bacteria are an indicator of fecal pollution, which can come from stormwater runoff, pets, wildlife and human sewage. A Florida Department of Health spokeswoman said Friday that the DOH is neutral on the bill for now. 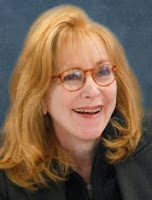 Sobel said this week she would feel more comfortable knowing that Florida has state-of the-art testing. She said it's better for water quality problems to be diagnosed and fixed as quickly as possible.

"It is really, really very, very important to all beach communities considering tourism is, like, the number one industry in the state unless the beaches (are closed)," she said.

( Story provided by the Florida Tribune. Photo and story copyrighted by Bruce Ritchie and FloridaEnvironments.com. Do not copy or redistribute without permission, which can be obtained by contacting brucebritchie@gmail.com.)
Posted by Bruce Ritchie at 1/31/2011 09:19:00 PM

That is really nice. Going to the beach in summer is really very fantastic. I love to spend a holiday at beach.