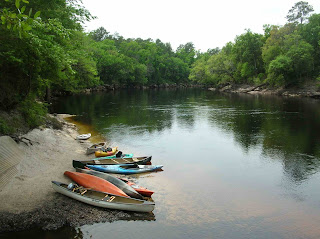 The EPA in December adopted new numeric nutrient standards for phosphorus and nitrogen in Florida waterways. The standards are needed to reduce the number of lakes and rivers that are choked with algae and beaches that are closed because of toxic red tide, the federal agency said.

But wastewater utilities, agriculture and industry groups say the new standards will be expensive to meet and are unnecessary. The Attorney General's Office along with the Florida League of Cities and Florida Stormwater Association have sued the EPA to block enforcement of the rule.

The Senate General Government Appropriations subcommittee took up the issue on Wednesday. Committee Chairman Alan Hays, R-Umatilla, said he didn't know how the Legislature could influence the issue beyond its approval of the Florida Department of Environmental Protection budget.

DEP this year received $39.1 million for development of water pollution limits and pollution reduction plans for waterways statewide. But only 4 percent of that budgeted amount comes from the state general revenue with 37 percent coming from the federal government and the rest from state trust funds.

EPA has estimated the cost of complying with the rule at $135 million to $206 million. But the Cardno ENTRIX consulting firm estimated the maximum costs as ranging from $3 billion to $8 billion. The Cardno ENTRIX study estimates vary depending on whether the standard is applied at the end of a plant's pollution pipe or is applied overall to waterway receiving the pollution.

The numeric nutrient criteria is written so that reverse-osmosis or other expensive water quality treatment technology may be needed to reduce nitrogen and phosphorus, said Jerry Brooks, director of the DEP's Division of Environmental Assessment and Restoration. But he also acknowledged that EPA has indicated it will require only more cost-effective technologies rather than the most expensive treatment options.

"This is a very difficult issue to evaluate what the true costs are going to be," Brooks said.

Representatives of Associated Industries of Florida and the Volusia County cities of DeLand, Deltona and Orange City said the regulations would clearly cost their residents more.

DeLand will have to spend $48.6 million to expand its sewage treatment plant and $4.3 million per year to operate it, said Keith Riger, the city's public service director. Families there could expect to pay $673 to $726 per year more.

"Because Florida has been singled out by the EPA this kind of puts us at a competitive disadvantage compared to other states" in attracting industry, Riger said.

Hays said the costs are "enormous" while seemingly also agreeing with environmentalists who argue that value of clean water for tourism and recreation also is high.

"Because we are an appropriations committee our role is going to be somewhat limited," Hays told the Florida Tribune after the meeting. "Right now there are just too many questions unanswered before we can define the role of this committee."