SB 360 lifts those traffic restrictions in designated "dense urban" counties with at least 900,000 people. The bill also removes the largest developments in those counties from a state review process.

"We're telling them they need to act fast," said Charles Pattison, executive director of 1000 Friends. The Florida Association of Counties also is preparing a letter requesting a veto, an association spokeswoman said.

Crist has not received the bill and will have 15 days to review it once it is received, said Sterling Ivey, the governor's press secretary.

"He expressed some concerns about the bill during the session and looks forward to reviewing the final product," Ivey said.

Sen. Mike Bennett, R-Bradenton and sponsor of SB 360, has been traveling this week and is not available for comment, an aide said.

Environmentalists and developers alike criticize transportation "concurrency" requirements in state law that require developers to pay for building in areas with congested roads. Critics say the requirement instead encourages developers to build in rural areas where there are fewer cars, but that gobbles up open space and creates longer trips to work, schools and shopping areas.

Environmental groups and the Florida Department of Community Affairs supported SB 360 until it was amended by the House on the last week of the legislative session. DCA said it is still reviewing the bill to decide whether it will ask the governor for a veto. 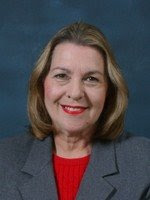 Dade County was exempted, she said, because Dade officials were concerned the bill would interfere with future phases of development that are planned there.

Land use changes still will receive state review, she said, though not through the "development of regional impact" (DRI) process.

"I can't imagine that what we have done in terms of these six counties will gut growth management throughout the state," she said.