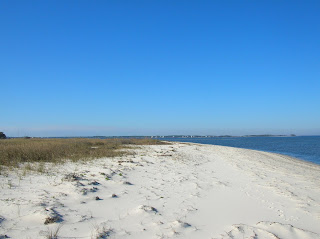 
Gov. Charlie Crist and environmentalists say they're not giving up on the state's land-buying program despite there being zero money for it so far in the House and Senate versions of the proposed 2009-10 state budget.

The Legislature has budgeted $300 million for the program every year since 1990, leading to the purchase of more than 2.4 million acres of environmentally fragile land. But as legislators close the gap on a revenue shortfall of about $6 billion, the Florida Forever land-buying program's future appears uncertain.

Crist vetoed a current-year cut to Florida Forever that legislators made during a special session in January. But he wouldn't appear to have a veto option if the Legislature doesn't include land-buying money in the 2009-10 state budget.

"I think today -- this is the midpoint of the session -- we have a long way to go," Crist said. "I think there is still hope for Florida Forever."

The problem facing the popular program is the declining collections from the tax on real estate transactions, the documentary stamp tax. With the slowdown in the housing market, the state is receiving less than one-third of the $4 billion it received during the height of the real estate boom, legislative analysts said in December.

That means Florida may need to find a new revenue source to pay for the program, Department of Environmental Protection Secretary Michael Sole said.

"The question is, is it prudent to go ahead and increase your debt level (by selling Florida Forever bonds) given where the doc stamps (revenues) are?” he said.

There have been discussions, Sole said, of trying to fund the program from other sources, but he doesn't know where those discussions are.

Sen. Carey Baker, R-Eustis, the chairman of the Senate General Government Appropriations Committee, said Wednesday that he supports Florida Forever, but doesn't know where the money would come from to pay for it in 2009-10.

"We were just struggling to fund the basic health and safety issues," he said.

"We are committed to Florida Forever," he continued. "We are committed to restoring the Everglades and Lake Okeechobee. I think we are still looking at those areas. Whether we can fund them this year I think is doubtful. But I know we haven't given up trying."

In the House, Rep. Ralph Poppell, R-Vero Beach and chairman of the Natural Resources Appropriations Committee, said last week that he thinks the state needs to take a break from buying land for a year.

When the state owns land, local governments can't collect property taxes from it, he said. The state has to pay rural counties for the lost tax revenue and then pays to maintain the land.

"I just think it would be prudent for us right now to hold off for a year and take another look and hopefully Florida would be back in better (financial) shape," Poppell said. "We are not abandoning anything. We are only saying, 'Let's take care of the things certainly we have to have in our daily lives and spend money in areas that are going to be revenue generators.'"

"I would say that a year off (purchasing land) could be extremely harmful to the program," said Andrew McLeod, director of external affairs for The Nature Conservancy's Florida chapter.  "So we're trying very hard to avoid that."

If it generated so many jobs, why is my job being taken away June 30 like all the other ops people in the State Parks of Florida. Oh, I see, take our jobs and try to gain the funds needed to buy the acreage and fill the gap in the budget. Sure makes alot of sense now. Pay me to work or pay me unemployment, that makes a whole lot of sense.