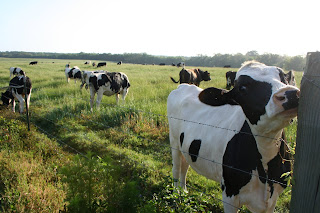 The governor and Cabinet today approved its first priority purchase list for more than 54,000 acres of ranches and farmland under a program that's designed to keep the property in private ownership while protecting it from development.

The Rural and Family Lands Protection Act of 2001 established the program to purchase "conservation easements" that would prevent development of rural lands. But the program didn't receive any money until the 2008 Legislature designated $10.5 million for rural lands purchases.

Gov. Charlie Crist and the Cabinet today voted unanimously to accept the first proposed list of 37 properties. But funding for the Florida Forever program that provided the $10.5 million this year remains in doubt in fiscal year 2009-10.

There is more than 9 million acres of state and federal lands in Florida that are not taxed because they're owned by government, Bronson said, hurting small rural counties that have a smaller tax base. But the Rural and Family Lands purchases, he said, will remain on the tax rolls as private working farms and ranches.

"These are the kinds of programs that make sense," Bronson said. "I hope we can get more support from the Legislature for it and from the Cabinet."

With 9,778 acres in three proposed purchases, Okeechobee County has the largest number of acres on the list of any county. The figure doesn't include a portion of one project, Walpole Ranch, that is split among Okeechobee, St. Lucie and Martin counties.

Okeechobee County's Williamson Cattle Ranch, with 8,790 acres, is the largest of the 37 proposed purchases. Conservation of the cattle and citrus operation will protect water quality draining into Lake Okeechobee and the North For St. Lucie River Aquatic Preserve, according to state agencies.

Eight of the proposed purchases are less than 200 acres in size. Three of the 37 involve organic farming, including the Hastings Farm/Smith Family Farm in St. Johns County.

Purchase of a conservation easement there will help maintain community-supported agriculture, said Patrick Hamilton, a real estate broker who represents the Smith Family Farm. He said the farm has been family-owned for five generations.

Bronson said he'd like for the Rural and Family Lands program to take priority for state conservation lands money.

But the Florida Forever program, which along with a predecessor program received $300 million a year since 1990, could go without funding in 2009-10. The land-buying program is the largest in the nation, according to the Florida Department of Environmental Protection.

The Senate has proposed $50 million for Florida Forever plus another $50 million for Everglades Restoration. But the House today voted to strip both amounts from SB 2430, which deals with documentary stamp tax revenue.

"We remain optimistic but realistic about the compromise funding that the senate has proposed," said Andy McLeod, director of governmental affairs for The Nature Conservancy's Florida Chapter. "And we're working overtime to make the case that that is the only means to fund Florida Forever next year."