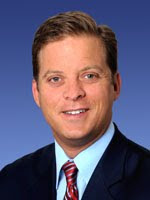 A state representative from Miami is asking Gov. Charlie Crist to expand a state of emergency to include Miami-Dade County.

Meanwhile, the Coast Guard said Wednesday that tar balls found Monday in Key West had been tested and they were not from the Deepwater Horizon oil spill. Even so, Rep. Carlos Lopez-Cantera, R-Miami, sent a letter to Crist asking for Miami-Dade County to be included on the state of emergency list because oil is now reaching the Gulf of Mexico loop current.

The National Oceanic and Atmospheric Administration said Wednesday that a "very light" oil sheen had reached the loop current. But there was "nothing has changed drastically over the last couple of days" with regard to the oil's proximity to the current, said Charlie Henry, a NOAA scientist, said during a news conference. NOAA said Tuesday that a tendril of oil was nearing the loop current, which could take it to the Straits of Florida in eight to 10 days.

Lopez-Cantera said the Miami-Dade County needs to begin planning for the possible arrival of oil. He said putting oil booms along South Beach "would be sending the wrong message to tourists." But he also said booms could be placed ahead of time in other areas that are less visible to tourists. "I want to start doing that now if necessary," he said. "We have a lot of delicate areas with coastal estuaries and mangroves that I would like to see protected now."

A Crist spokesman said the governor was reviewing his previous state of emergency declaration to consider expanding it to additional counties. Crist on May 4 expanded the area to include 13 Gulf coast counties in addition to five western Panhandle counties that were listed in April. Rep. Ron Saunders, D-Key West, on Tuesday asked the governor to include Monroe County in his disaster declaration.