Sen. Mike Bennett says he's glad Gov. Rick Scott "put to bed" without disruption the issue of who will be serving on the Florida Public Service Commission.

The governor on Friday reappointed four PSC members whose appointments he had withdrawn two days earlier.

Scott on Wednesday withdrew 154 appointments made by Gov. Charlie Crist, including four of the five PSC members. In 2007, Crist withdrew 283 appointments when he took over after Gov. Jeb Bush.

On Thursday, Scott would not say how quickly he planned to put in his new appointments, only saying that he was going "go through quickly" to get the appointments finished.

On Friday, he announced the reappointments of Chairman Art Grham and commissioners Eduardo Balbis, Julie I. Brown and Ronald Brisé along with three other reappointments. They now face Senate confirmation. 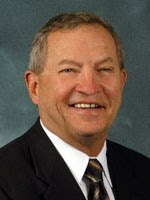 "I just felt the governor did the right thing," said Bennett, R-Brandenton and chairman of the PSC Nominating Council. "He wanted to send a message he wanted to review all appointments. I had a funny feeling he would act quickly on the PSC people. Obviously he did, much faster than I expected."

Balbis said Friday he looked forward to "striking a fair balance between the needs of utilities and rate-payers."

"I was not surprised the governor wanted to make a thorough evaluation of myself and others for this important position," Balbis said.