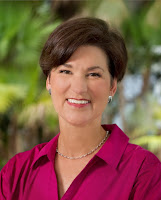 Chief Financial Officer Alex Sink, caught up in an increasingly bitter and tight race with Republican Rick Scott, has quietly distributed her environmental platform in the last week.

Sink's campaign released an eight-page paid political advertisement entitled "Preserving Florida's Natural Assets: Improve our economy while protecting our environment." The document outlines her stances on issues like oil drilling, energy, growth management, water and the Everglades, while connecting those issues to the economy.

“No state is more defined by its environment than Florida," she says in the document. "We can grow our economy and jobs while still preserving, protecting, and restoring our environment.”

Environmental issues have gotten scant mention by the gubernatorial candidates this year. Instead Sink and Scott have focused on jobs and the economy, hammering each other over which candidate is more trustworthy and competent.


Read more at the Florida Tribune.