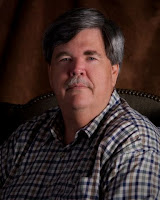 Hankinson is chairman of Audubon of Florida and served as regional EPA administrator from 1994 to 2001. He previously was in charge of land acquisition at the St. Johns River Water Management District and was a staff director at the Florida House of Representatives.

“I spent my childhood on the Gulf and I am proud and honored to have the opportunity to carry out the president’s commitment to restoring this vital ecosystem,” Hankinson said in a statement, issued by the EPA, in which Jackson announced the appointment.

"John understands the strong link between Florida’s economy and the Gulf, especially for our tourism and seafood industries. Nothing is more important to Florida’s future than cleaning up any oil that remains in the Gulf of Mexico,'' the governor said in a statement.

Information about the Nov. 8 task force meeting will be announced later, the EPA said. The president's order establishing the task force is available by clicking here.