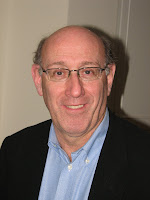 The man put in charge of a $20 billion fund to help those hurt by the Gulf of Mexico oil spill said Monday that distance from the oil spill won't be a factor in deciding whether to pay damages to Florida business owners and residents.

Although oil has washed ashore only in six Florida Panhandle counties, state officials say tourism across Florida was affected by lingering images of the summer's Deepwater Horizon oil spill. Kenneth R. Feinberg, who was put in charge of the independent claims fund by President Barack Obama, told Congress on June 30 that businesses located away from the spill may not receive compensation.

Attorney General Bill McCollum told the Oil Spill Economic Recovery Task Force on Aug. 31 that the federal Oil Pollution Act doesn't include proximity to the spill as a factor in deciding claims. Feinberg told the Florida Tribune in response that he disagreed with that interpretation.

But on Monday, Feinberg issued a statement saying he had been convinced by McCollum, Gov. Charlie Crist and Chief Financial Officer Alex Sink to change his position.

"After listening to these concerns, I have concluded that a geographic test to determine eligibility regarding economic harm due to the oil spill is unwarranted," Feinberg said. But he added that claimants still must prove that damages are a result of the oil spill and not from other causes.

"We will continue to monitor the claims process carefully in Florida and work with the Gulf Coast Claims Facility to ensure that all claims are processed in a timely manner," Wiggins said.

Crist, Sink and the Florida Restaurant and Lodging Association each issued statements saying they were encouraged by Feinberg's statement.

“This is incredible news for hundreds of thousands businesses and employees in the hospitality industry who have been adversely impacted by the BP oil spill across the Sunshine State,” said Carol Dover president and CEO of the Florida Restaurant and Lodging Association.

The association began holding a series of briefings across the state on the oil spill claims process along with online seminars. To access the schedule go to, www.FRLA.org/oil-spill-updates .

Photo by Samuel Wantman, GFDL. Story provided by the Florida Tribune. Story copyrighted by Bruce Ritchie and FloridaEnvironments.com. Do not copy or redistribute without permission, which can be obtained by contacting brucebritchie@gmail.com.)
Posted by Bruce Ritchie at 10/04/2010 08:42:00 PM