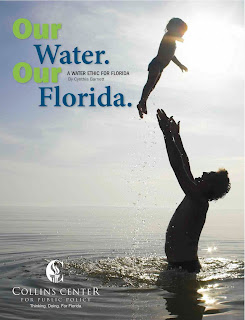 That's the case made in a recent report by the Collins Center for Public Policy called "Our Water, Our Florida: A Water Ethic for Florida" by Cynthia Barnett. She is an associate editor of Florida Trend magazine and author of "Mirage: Florida and the Vanishing Water of the Eastern U.S."

Barnett argues that Florida water history can be boiled down to two big mistakes: We took too much from its natural systems, then relied on big infrastructure fixes (especially groundwater pumping). And she says a new approach is needed in the future to deal with an increasing population and limited water supplies.

"Florida is at a crossroads. We could keep to the current road of extracting too much, and using too much, which has led to both scarcity and conflict," she writes. "Or, we could take a new path to a statewide water ethic. Unlike some other states, our water wealth, along with technological breakthroughs lining up with fresh political leadership and keen new interest in water sustainability among residents and businesses, give us an unprecedented opportunity to do so."

The paper is part of a Collins Center series called "Our Florida, Our Future." The goal of the five-year program is to touch millions of Floridians to encourage conversations about the important issues facing the state, said Steve Seibert, the Collins Center's senior vice president and director of strategic visioning.

The purpose is not to tell this year's Legislature what it should do, said Seibert, who served as secretary of the Florida Department of Community Affairs from 2000 to 2004 under then-Gov. Jeb Bush.

This year, the House has established a Select Committee on Water Policy to consider water issues, including the touchy "local sources" first policy that discourages water pipelines from water-rich rural areas to growing cities. Several representatives of industry, agriculture and environmental groups have encouraged the House committee to focus on conservation while there also has been a push to fund reservoirs and similar water supply projects. 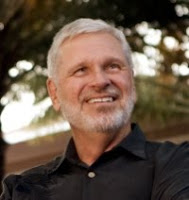 Seibert said the purpose of the "water ethic" report is not to wade into those types of issues but instead point out the value of water and different ways to address its role in the future.

"I hope a lot of people pick that up and say, 'Wow, this really is a precious resource. Other people are handling this in a really interesting way. This is what we ought to be talking about,' " Seibert said.

"Those are the kinds of conversations we would like to have," he said.

To learn more about "Our Water, Our Future" and to download a copy, go to the Collins Center web site.