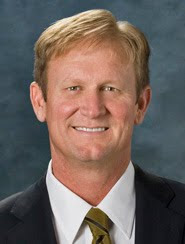 A proposed Senate version of the 2011-12 state budget includes $308 million in spending authority for the program. But the money would have to come from the sale of land the state now owns.

Florida has purchased more than 2 million acres since 1990 under Florida Forever and its predecessor land-buying program. The program received $300 million a year from 1990 to 2008, but has received only $15 million combined over the past two years. Gov. Rick Scott in his 2011-12 budget recommendation offered nothing for the program.

Sen. JD Alexander, R-Lake Wales and the Senate budget chief, said Tuesday he proposed allowing the state to buy more land with land sales because he can't find money in the budget for Florida Forever. He said there are critical pieces of land the state needs to buy.

"It's an idea," he said. "I hear some don't like it. But it's the best I could do to give us the ability to consider some important potential purchases."

Alexander said he had no list of parcels that should be sold. But he said some land could be leased or sold with protective conservation easements.

Some Florida Forever supporters say the state should be buying more land now when land prices are low and good deals are available rather than selling it. Audubon of Florida's Julie Wraithmell said the coalition of groups supporting the program hasn't taken a position on the Senate budget proposal.

She pointed out that the state Constitution allows the sale of land if the Cabinet determines it is no longer needed for conservation. She said the proposal raises more questions than it answers.

"I envision a scenario in which somebody sold a tract of land to the state when it [the price] was high," Wraithmell said. "Now could they buy it back at a lower price?"

The Florida Department of Environmental Protection and the Department of Management Services are reviewing state-owned lands to determine what land can be sold as surplus as required under SB 1516 in 2010.

An initial review identified 24,555 acres for possible sale, Mike Long, deputy director of DEP's Division of State Lands, told the Senate General Government Appropriations Subcommittee on March 17. He said almost none of the land had been purchased for conservation.

Alexander said he has no list in mind of lands that could be sold, and that any sale should follow the state process.

Sen. Alan Hays, R-Umatilla and chairman of the Senate General Government Appropriations Subcommittee, cautioned that the spending authority in the Senate budget proposal doesn't yet provide the money for buying land.

"Until we got the money in the hand, we don't have the money," Hays said.