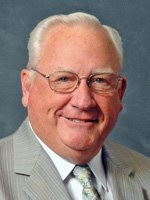 The new chairman of the Senate's environmental committee has introduced a bill that would repeal a new requirement that septic tanks be inspected every five years.

The inspection requirement in SB 550 earlier this year was promoted by supporters as a springs protection measure. But legislators voted during the special session on Nov. 16 to delay the program start from Jan. 1 to July 1 after an outcry from some rural landowners about the cost. That bill has still not been sent to Gov. Charlie Crist, who has the power to veto it.

Sen. Charlie Dean, R-Inverness and the new chairman of the Senate Committee on Environmental Preservation and Conservation, has introduced SB 130 to repeal the requirement during the 2011 legislative session. Sen. Lee Constantine, a Winter Park Republican who was committee chairman before leaving office in November because of term limits, filed SB 550 along with an amendment to include the inspection requirement.

Dean says septic tank inspections should be required only in "critical areas" to be defined around springs rather than statewide.

"We need to treat every springshed different on its own merit and on its own environmental concerns," Dean told the Florida Tribune. "If we have a springshed, what contaminants do we have on Silver Springs (in Ocala) as opposed to one 15 to 18 miles in the woods some place?"

In 2009, Dean opposed a springs bill that would have established protection zones around springs. He proposed several amendments that led to the bill being delayed in its final committee stop. (See "Senator proposes slew of springs bill amendments." )

Jim Stevenson, former chairman of the Florida Springs Task Force, says the Legislature's delay of the inspection program is a "cop-out." He said the program was promoted as a springs protection measure but most of the benefit would go towards protecting drinking water quality for residents with private wells.

He said establishing springs protection zones, as Dean suggests, would also help water quality. But he said the Legislature from 2005 to 2009 failed to adopt Senate bills that would have taken such action.

"They (legislators) have had an opportunity to do it the past five years but they haven't," Stevenson said. "So when are they going to act?"

Dean is co-sponsor of SB 82 filed by Sen. Evelyn Lynn, R-Daytona Beach, which would also repeal the septic tanks inspection requirement. Rep. Marti Coley, R-Marianna, has filed a a similar measure with HB 13.

I have been using the www.MillerPlante.net Septic-Helper 2000 for 20 years. It has the enzymes that work in the tank and out in the drain field. The EPA and State Law say that even a wet spot in your drain field could require replacement of your entire system.