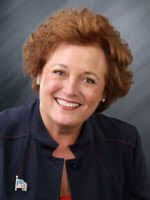 The chairman of a new select House committee addressing water issues said Wednesday she expects it to deal more with water quality issues and less with water quantity except for "big picture" issues.

On Tuesday, House Speaker Dean Cannon, R-Winter Park, said he is establishing the Select Committee on Water Policy and he named Rep. Trudi Williams, R-Fort Myers, as chairman. She also is chairman of the House Agriculture and Natural Resources Appropriations Subcommittee.

Cannon said in a memo that the "use and management of our natural resources presents one of the most pressing challenges for the long-term health of our state."

"This just happened yesterday," she said. "I haven't spoken to the speaker yet. I have to get his vision for the committee."

Williams said she expects the committee to examine the state's conflict with the Environmental Protection Agency over water quality criteria adopted by the federal agency in November. Attorney General Bill McCollum announced Tuesday the state is filing a federal lawsuit against the EPA to challenge those numeric criteria for phosphorus and nitrogen in lakes, streams and rivers.

With the issue being played out in the courts, it's not clear how the Legislature can get involved. But Williams said the committee should review the state's pollution limits -- called Total Maximum Daily Loads (TMDLs) -- to compare them with the federal criteria.

"You got all the TMDLs from the water management districts and the [state] 'best management practices' [to reduce pollution]," she said. "Why isn't that good enough?"

The establishment of the committee raises concerns that the simmering dispute between water-rich North Florida and water-poor South Florida will be reopened, said Eric Draper, executive director of Audubon of Florida. There has been talk for more than 15 years -- but no real proposals -- of building pipelines from growing South Florida cities to take water from North Florida lakes and rivers.

"What I would be worried about is whether we would shift the balance of water resource policy away from water resource [protection] towards creating new water supply," Draper said.

Williams said she didn't think her committee would reopen those water wars issues. "I think what we're going to be doing is more big picture issues," she said.

She said the committee may examine whether treated or "reclaimed" waste water should be controlled by state permitting agencies or the utilities and industries that produce it. And she wants to put timelines in some bills, like the northern Everglades restoration legislation of 2007, "to make something happen."

Cannon said in his memo he expects next week to name other members to the select committee.