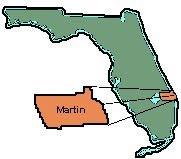 Judges Paul M. Hawkes and Brad Thomas said the environmental groups' appeal was frivolous. They said the groups couldn't show how they were affected by Martin County's decision to reduce the lot sizes required in a newly designated fringe "urban service" area and therefore lacked standing.

But an attorney for the groups said he agreed with Judge William A. Van Nortwick Jr., who wrote in dissent that the sanctions "will create a precedent that will severely chill appellate advocacy." The groups said Martin County failed to provide predictable and meaningful standards for the new land-use designation to protect environmental resources.

The Florida Department of Community Affairs in July filed a response with the appeals court stating that the groups have legal standing to file the legal challenge and that sanctions against them were not appropriate. A department spokesman said Thursday that agency officials are still reviewing the ruling.

The development firms asked the court to order the groups to pay attorneys' fees, which could total more than $20,000, said Bill Hyde, an attorney for Martin Island Way LLC and Island Way, LC. He said the initial challenge and subsequent appeal were "bizarre" given that his clients contend the land-use change will enhance environmental protection in Martin County.

"I would say that it [ordering attorneys' fees] is frankly long overdue," Hyde said. "This case ... should never have been brought in the first place."

Martin County did not ask the court to impose sanctions but agrees with the order even though the county's legal costs are negligible, Assistant County Attorney David Acton said.