State wildlife agency may stop deciding which animals are endangered 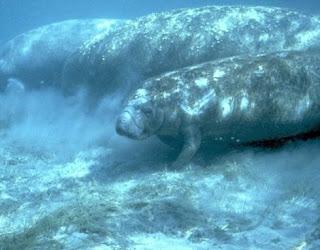 State wildlife officials say they will get out of the business of determining whether species should be listed as endangered under a proposed new classification process. Environmental and some recreational groups say they support the proposed changes.

The Florida Fish and Wildlife Conservation Commission has been wrangling for the past decade with the contentious issue of whether it should list species as endangered, threatened or a "species of special concern." The commission holds a three-day meeting beginning Wednesday in Pensacola Beach where it will discuss the new rules.

A commission representative said the new process will allow wildlife officials to focus on developing plans for protecting all listed species, including some that are not on the federal list. There now are 64 endangered or threatened species on the state list and 43 that are listed as "species of special concern."

"We don't want to have these arguments about what category a species should be listed in," said Elsa Haubold, section leader for species conservation planning at FWC. "We want to say, 'This species is listed, now what do we do about it?' "

Representatives of Audubon of Florida, Save the Manatee Club, the Boat Owners Association of America (BoatUS) and the Florida Airboat Association said they support the proposal.

The issue came to a head most recently in 2007 when the commission was set to move the manatee from the endangered to the threatened category. The agency halted action at the request of Gov. Charlie Crist and convened meetings of environmental groups, landowners and recreational interests who were concerned about the listing process.

Audubon of Florida is supporting the proposal but has concerns, said Julie Wraithmell, the group's wildlife policy coordinator. Audubon will be closely watching the evaluation process in the next three years to determine whether shorebirds now listed as species of special concern are dropped from the list. The group also is concerned about a portion of the rule that would protect boating, hunting and other recreation activities from infringement by the rule.

"We know people are going to use that to bully land managers," Wraithmell said.

But Bonnie H. Basham, who represents BoatUS and the Florida Airboat Association, said disturbances caused by recreational activities should be allowed as long as people are not intentionally trying to harm endangered and threatened species. She also said boaters are giving up their fight over the listing of manatees to allow other threatened species to receive protection.

"I don't think it was appropriate for all the other species that need protection (to) wait until the day we all agree on manatees because I don't think that day will ever come," she said.

(U.S. Government photo via Wikipedia Commons. Story provided by the Florida Tribune. Story copyrighted by Bruce Ritchie and FloridaEnvironments.com. Do not copy or redistribute without permission, which can be obtained by contacting brucebritchie@gmail.com.)
Posted by Bruce Ritchie at 8/30/2010 08:54:00 PM

Actually, recreational users will use the intent language re: recreational uses to bully land managers, rather than the species review process. Great coverage, Bruce-- thanks for keeping people up on the issue!

Thanks Julie. Your quote was out of context because the preceding sentence was inadvertently deleted. I've restored it.