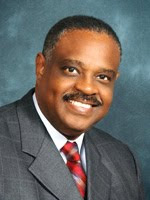 Sen. Al Lawson, D-Tallahassee, voted for SB 550 in a committee and on the Senate floor. But on Tuesday, he released a statement saying that during the upcoming special session he wants lawmakers to remove the bill's requirement that septic tanks be inspected once every five years.

The bill resulted from hearings held across the state by the Senate Select Committee on Florida's Inland Waters. Senators on the committee, including Lawson, heard concerns about how springs and waterways were becoming choked with weeds and algae because of phosphorus and nitrogen in wastewater and stormwater runoff.

SB 550 by Sen. Lee Constantine, R-Altamonte Springs, was amended by the Senate Policy and Steering Committee on Ways and Means on April 22 to require septic tank inspections statewide every five years. Lawson voted for the bill in the committee and on the 34-4 final passage in the Senate on April 29.

Lawson, who is challenging U. S. Rep. Allen Boyd in the Democratic primary for Congress, said Tuesday in a written statement that the inspections could cost $500 per household. “As a long time advocate for environmental preservation, the protection of the springs is critically important to me," Lawson said. "But so too is the protection of our families and their ability to stay afloat in conditions teetering perilously close to the Great Depression.”

He later told the Florida Tribune that he had asked Constantine whether there were any mandates on homeowners in the bill and had been told there were none.

Sam Averett of the Florida Onsite Wastewater Association Inc., a group of septic tank installers, said he expects inspections to cost between $200 and $350.

And Constantine said the bill was openly amended and debated -- and he expects the price of inspections to go down further. "Al Lawson is a good friend of mine," Constantine said on Tuesday. "I'm not going to get into a disagreement with him over this. I understand he is in a tough political race."