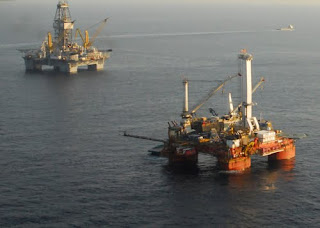 Florida officials said Monday they were looking forward to BP's plans for a "static kill" operation to permanently seal the oil well that gushed from April 20 to July 15.

State and federal officials said they had reduced the number of workers cleaning up oil from beaches. Alabama lifted advisories against swimming on Friday, but beaches in Florida remained under advisories in Escambia, Okaloosa and Walton counties. BP expects to begin the "static kill" operation Tuesday and will determine whether to continue or instead use a relief well next week or use both approaches to permanently kill the well.

"So far every sign we have seen and heard is there is an expectation they will be successful -- so we go in with a very positive outlook," Florida Department of Environmental Protection Secretary Michael Sole said.

During a morning briefing at the state Emergency Operations Center, Sole also said finding oil on the surface was increasingly difficult in the Gulf. He said there was "light" amount of tar balls washing ashore along Panhandle beaches.

State emergency management Director David Halstead said success at permanently killing the oil well could lead this week to rolling back the emergency declaration that now covers 24 counties or reducing the activation level at the state Emergency Operations Center.

(U.S. Coast Guard photo by Petty Officer 1st Class Sara Francis. Story provided by the Florida Tribune. Story copyrighted by Bruce Ritchie and FloridaEnvironments.com. Do not copy or redistribute without permission, which can be obtained by contacting brucebritchie@gmail.com.)
Posted by Bruce Ritchie at 8/02/2010 06:32:00 PM