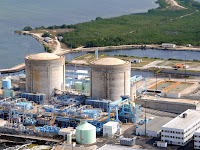 Florida law contains contradictions to guide the Public Service Commission on how much to allow companies to bill their customers for nuclear power plants that have not been completed, some PSC members said today.

The PSC voted 3-1 to allow Florida's two largest utilities to bill customers for two proposed nuclear plants in advance of their construction. The requests faced opposition from some environmental groups who say the plants aren't needed and could become too expensive to build.

Florida Power & Light proposes building two additional nuclear power units at its Turkey Point plant in Dade County to open in 2016 and 2018 at a cost of $12 billion to $18 billion. Progress Energy proposes building two nuclear units at on 5,200 acres in Levy County for $17 billion, but the possible 2016 completion has been delayed at least 20 months. 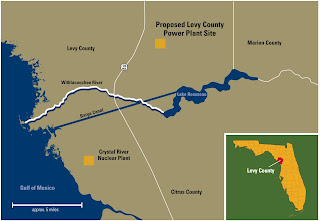 The PSC approved charging FP&L $62.6 million so that the company can charge its customers 67 cents per month in 2010 to recover costs for the new nuclear plants and upgrading other plants. Progress Energy can charge $5.86 per month for its customers to recover $206.9 million in costs so far for its Levy County plant and upgrades at its Crystal River plant, according to the state agency.

This is the first full examination of costs associated with a state law adopted by the Legislature in 2006 that was designed to encourage nuclear plant construction by allowing utilities to recover their costs even if plants are never built. Supporters say the nuclear energy will help reduce greenhouse gas emissions and the state's heavy reliance on natural gas.

Commissioner Nancy Argenziano voted against allowing the utilities to charge their customers for the new nuclear plants because she said state law, in addition to allowing the advanced cost-recovery, also requires that charges to customers be "fair, just and reasonable."

She pointed out that the Nuclear Regulatory Commission action had put the Crystal River plant in doubt. The NRC said the Green Party and its allies had successfully raised "certain major issues" about the plant's environmental impact on wetlands that deserve a hearing, according to a St. Petersburg Times article on July 9.

But Commissioner Nathan Skop pointed out that the Florida law that allows for the advanced cost-recovery is more specific than the provision that requires charges to be "fair, just and reasonable." He and Argenziano agreed that the utilities had followed requirements in the law for requesting the cost-recovery.

"You can't change the rules in midstream," Skop said.

Argenziano voiced agreement but also said, "I really wish the Legislature would figure out what they want us to do." She was a state sentator in 2006 when the advanced-cost recovery bill was adopted and she said there was little discussion about it.

The Southern Alliance for Clean Energy, which challenged the utilities requests, said the decision was made in spite of an NRC action Thursday which the group says could further delay new nuclear reactors. (See New York Times story)

"We feel strongly that Progress Energy and FP&L did not meet the requirements necessary to charge their multi-million dollar expenses to Florida bill-payers," Stephen Smith, executive director of Southern Alliance for Clean Energy, said in a statement released by the group. "This reinforces the fact that the (Florida) PSC oversight process is broken and needs to be fixed."

The NRC told Westingthouse that its nuclear plant design needs further testing. A Progress Energy spokeswoman said she didn't know what, if any, delay could result from the NRC action.

bet the stockholders are doing cartwheels. what a deal - great dividends each year, solid stock price and no capital investment necessary

Unbelievable!, yet, Executives of these utilities have yet to devulge their salaries and bonuses or what they have done to 'tighten up expenses'. Consumers should get a 'return' on the investment we are advancing, just as the stockholders get their dividends. This is politics at its 'best(?)'...'robbing the poor to pay the rich'.

This is unfolding much like the WPPSS fiasco in Washington state back in the 1990's. They said demand would only increase, but efficiency increased instead. Four of five nukes were never completed, and it was the biggest bond default in history. Those bonds were held by local utilities that passed the cost to their ratepayers.

The setup here is absolutely crazy, and the Legislature only approved because nukes are popular with Republicans and the utilities spend huge lobbying money. That's not good policy. We don't need another WPPSS style financial meltdown here.