Associated Industries of Florida, Associated Builders and Contractors and the Florida Petroleum Council are supporting offshore drilling, saying it would create jobs and royalties revenue for state coffers. Environmental groups say the claims are speculative and that drilling threatens the coastal environment and tourism.

The Florida Solar Energy Industries Association on Oct. 1 sided with supporters, saying that revenue from offshore oil and natural gas production could help provide revenue for programs that invest in renewable energy technologies. The group cited a Fishkind & Associates report stating that drilling could produce between $2.3 billion and $12 billion per year in revenues. 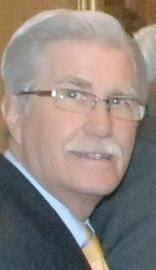 “The proposal to drill in Florida state waters has the potential to create a cleaner and wealthier future for Florida if it provides a sustainable funding source for the development of vibrant programs that will help Florida become a leader in the solar energy industry,” Association president Bruce Kershner said in a statement posted on the group's Web site.

The statement drew criticism from environmental groups that oppose oil drilling and want the state to adopt requirements on utilities for producing more energy from renewable sources.

"It's disappointing that the Florida Solar Energy Industries Association would be seduced by promises of money that may or may not ever be there," said Susan Glickman, a consultant to the Southern Alliance for Clean Energy and the Natural Resources Defense Council.

"Opening Florida's coast to drilling is a move in the wrong direction," she said. "What we need to do is move this state to electrical cars, developing our biofuels industry and making certain our cars are more efficient -- not investing in old, dirty technology."

The association's decision "to trade Florida's coast to the drillers for the pittance of future, undefined and unbankable amounts of solar rebate money is the most shockingly self-interested, embarrassing and sad politcal moves I have seen in my over 10 years working on conservation in Florida," Gerald Karnas, Florida climate project director for the Environmental Defense Fund, wrote in an e-mail today to Kershner.

"Was that the best deal you could cut? Rebate money 10 years from now?" Karnas said. "On a basketball court that's called 'gettin' schooled.' "