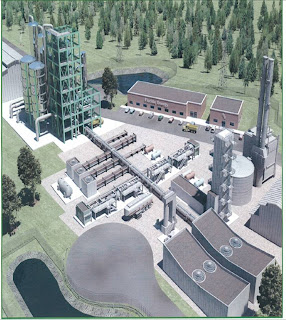 Nine bio-energy or ethanol projects are being proposed in Florida and at least five others are under discussion, according to the Florida Department of Environmental Protection.

DEP is holding an informational meeting Wednesday in Port St. Joe on one of those projects proposed by Biomass Gas & Electric of Norcross, Ga. The company proposes a 44-megawatt biomass gas plant to produce electricity for Progress Energy.

BG&E has experienced its share of controversy in trying to locate plants in North Florida.

The company says it can convert woody material and yard waste into clean gas which can be burned to produce electricity. Gov. Charlie Crist in 2007 hosted BG&E representatives at the Governor's Mansion to announce the company's contract with Progress Energy to produce renewable energy.

But BG&E gave up considering Liberty County for a plant in 2007 after residents there said they were concerned that garbage would be burned, a claim that company officials denied.

BG&E proposed building a plant on Florida State University land in Tallahassee but withdrew earlier this year after the NAACP and some south side Tallahassee neighborhood residents filed legal challenges against a proposed DEP permit. The company says that proposed plant in Tallahassee now is the project being proposed in Gulf County.

DEP on Oct. 2 requested additional information from BG&E including more detailed descriptions of the woody biomass and municipal solid waste that could be used to produce gas, details on how dioxins will be controlled and the handling of waste tars and ashes that will require disposal.

McDermott said the plant won't use municipal solid waste and won't produce dioxins. He said DEP is requesting "pretty standard stuff" that the company wasn't sure that it needed to provide initially.

BG&E no longer is under contract with the city of Tallahassee to provide renewable energy, said Ben Cowart of Tallahassee's electric utility.

The city still has a power contract with Green Power Systems LLC, which says it can produce electricity from municipal waste using plasma arc technology. The company is searching for a site to build the plant, Cowart said.

For more information on DEP's meeting on Wednesday, go to DEP's web site.