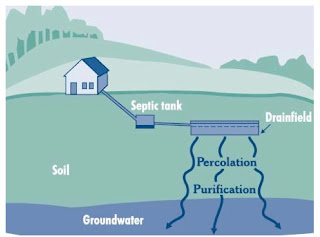 Several senators on a committee Thursday objected to a proposed bill that would repeal a statewide septic tank inspection requirement.

Last year's lawmakers mandated inspections every five years but it was met with an outcry from rural homeowners. The bill's supporters said the inspections of the state's estimated 2.7 million septic tanks were needed to protect springs and water quality.

Sen. Charlie Dean, R-Inverness and chairman of the Senate Committee on Environmental Preservation and Conservation, is sponsoring two bills, SB 130 and SB 1698, to repeal the inspection requirement, which Dean says is a one-size-fits-all mandate. His draft bill language would allow counties to create local inspection programs.

But Sen. Dennis Jones, R-Seminole, said the proposal would undo five years of work on springs legislation that led to the passage of last year's law.

"Just to start right off by saying we are going to repeal everything, I think we are taking some major steps backwards," Jones said.

Read more at the Florida Tribune:
http://fltrib.com/some-senators-balk-repealing-septic-tank-requirement
Posted by Bruce Ritchie at 3/11/2011 09:22:00 AM