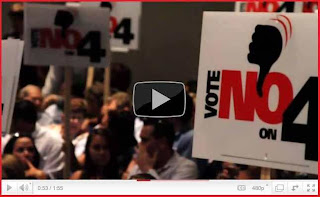 The group that led the opposition to the "Hometown Democracy" Amendment 4 last November said Tuesday that environmental groups continue to "wage a campaign of unchecked misinformation."

Amendment 4, which was voted down by 67 percent of voters, would have required local voter approval of changes to comprehensive land use plans. Business groups, cities and counties opposed the measure, which was supported by Sierra Club Florida and Florida Hometown Democracy Inc.

Citizens for Lower Taxes and a Stronger Economy Inc. spent more than $11 million to defeat the amendment with donations from the Florida Chamber of Commerce along with real estate and home-building groups. The Citizens group announced Tuesday it is re-launching its identity as Freemarketflorida.org to fight unnamed groups who it says are opposing Florida's free market economy.

"It is time they be held accountable," Executive Director Ryan Houck said in a YouTube video. But a Sierra Club representative responded that the campaign theme is "absurd."

The Citizens group's new website states that it will target "flashpoints" including federal water quality standards known as numeric nutrient criteria, the Florida Department of Community Affairs and litigation by environmental groups.

Sierra Club Florida also was among the groups that filed the federal lawsuit that led the EPA to issue the water quality standards. Houck said the Sierra Club is one group that the campaign will be targeting but added, "We're not picking issues based on the groups."

"We are assessing threats to the free market and engaging on behalf of the business community and our coalition," Houck said. "Where we see the free market under assault we expect to be involved."

Frank Jackalone, Florida staff director for the Sierra Club, said he finds it funny that Houck's group is trying to link Amendment 4 and the federal water quality standards, which Jackalone said are very different issues. Jackalone also said Florida needs clean beaches and waterways to maintain its economy by attracting retirees and maintaining its quality of life.

"They [Freemarketflorida.org] are saying that anything that is environmental protection is anti-business," Jackalone said. "All those people employed in cleaning up the environment and those livelihoods that depend on a clean environment would dispute that."

Environmental groups have been camping at the steps of the capitol for the past 25 years. It is time for a balanced approach in dealing with property rights and the concern for our environment. The burden of environmentalism should not be the responsibility solely of the private landowner. For example, if the public feels it necessary to save a Gopher tortoise then the public should find an honest, non punitive way to do it.