University of South Florida researchers have confirmed that two subsea clouds of micro oil droplets found in May were from the BP oil spill. Their findings suggest that the oil spilled between April 20 and July 15 raises the possibility that the spill poses a threat to fish and sea life off the Florida coast even after the threat to beaches from oil has passed.

One cloud discovered by USF's Weatherbird II was about 27 miles east of the spill site in water about a quarter-mile deep, said David Hollander, a USF chemical oceanographer. The cloud was 22 miles long, six miles wide and 100 feet thick.

The other cloud, he said, was about 52 miles from the spill site in waters more than one-half mile deep. It was 20 miles long, six miles wide and was more than a half-mile thick.

The invisible clouds of tiny droplets were found along the DeSoto Canyon, where deep waters rise onto the shallower continental shelf that is spawning grounds for grouper and other important commercial and recreational fish species, Hollander said.

Although the concentrations of micro droplets are less than levels considered toxic to fish living near the ocean surface, the oil clouds may be harmful to fish eggs and other sea life that inhabit the ocean floor, Hollander said. Extended exposure to the oil droplets, he said, also may threaten sea life. 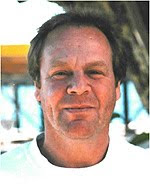 "These micro droplets are essentially 100 percent hydrocarbon and can easily be coating the gills of fish (and) be ingested by larval fish as food particles," Hollander said. "So the fact these are not diluted in the waters but are actually droplets in the waters changes the dynamic of how they interact with the environment."

"We don't believe this is going to be a short-term effect," he continued. "But it actually could be a long-term effect that affects (fish) populations for years."

The samples were not analyzed for chemical oil dispersants, which are toxic. Future analyses and sampling will also look for dispersants and could help determine whether those chemicals actually may have increased the environmental threat of the spill by causing oil clouds.

The Weatherbird II research ship will return to the area in August and this time should be able to more quickly test and analyze water samples to determine whether oil is present, said Hollander said.

(Photos courtesy of the University of South Florida. Story copyrighted by Bruce Ritchie and FloridaEnvironments.com. Do not copy or redistribute without permission, which can be obtained by contacting brucebritchie@gmail.com.)
Posted by Bruce Ritchie at 7/23/2010 05:56:00 PM