Springs, energy bills pass but is House on board? 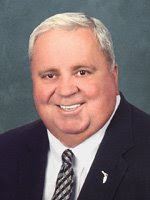 Two major environmental bills cleared hurdles today in Senate committees but doubts were raised publicly about whether either have a chance of passing this session.

SB 274 would require more expensive septic systems or sewer hook-ups in counties with larger first- and second-magnitude springs. The measure is intended to reduce nitrogen in groundwater flowing to springs, which have become choked with weeds and algae.

The energy bill was unanimously approved by the Senate Committee on Environmental Preservation and Conservation. King urged the committee to keep the bill moving to send the House a message.

"I'll tell you in advance we're having extreme difficulty with our colleagues on the other end of the hall, not only with this bill but others," King said. "I can't get an answer from them whether they want to do it or not."

The Republican leadership is "not allowing anyone who has a good 'green idea' to have it properly considered during the current legislative session," Sands wrote.

Cretul, R-Ocala, was not available for an interview today, said his spokeswoman, Jill Chamberlin. She said there is still time to consider an energy bill with four weeks left in the session.

But she also acknowledged there are concerns among House members about the possible cost of the bill. The Senate says the average household monthly electricity bill could increase $2.58 annually under SB 1154.

"It's a fact (House) members have taken a very cautious approach to this," Chamberlin said. "They don't want to see consumers pay a huge price increase."

King requested an amendment to take out a proposed 1-cent increase in the gasoline tax, with half of the $90 million raised annually going to energy projects. He said deleting the tax hike would help the bill win over some critics.

The springs bill, introduced by Sen. Lee Constantine, R-Altamonte Springs, was approved unanimously by the Senate Committee on Community Affairs. Sen. Mike Bennett, R-Bradenton and committee chairman, told reporters after the vote that he doesn't think the bill will be passed out of the Senate.

He pointed out that the bill lacks a companion bill in the House to make approval there easier. And he said the fiscal impact of the bill also raised concerns.

Bennett didn't identify the fiscal impacts. But a committee staff analysis, citing Florida Department of Health data, reports that advanced septic systems cost $10,000 to $15,000 compared to $3,000 to $6,000 for the standard septic tanks.

"It was important for Senator Constantine to have it heard," Bennett said. "We decided to hear it for public debate. It gives it that much more leg room for something he can have next year."

Constantine said he won't give up on the bill until the session ends.

"There are a lot of bills out there that can be used as companions," he said. "The fiscal (impacts) in my opinion are much less than the cost would be to not do anything."

The Florida Home Builders Association has raised concerns about cost and the Association of Florida Community Developers opposes the bill. Statewide environmental groups have supported the bill.