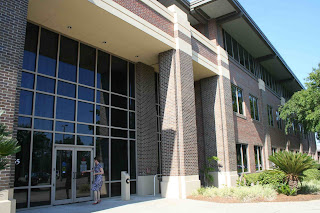 An employee enters the Department of Community Affairs headquarters where more than 20 workers were told last week they're being laid off.

With some state planners being handed their pink slips this week, the question arises over what really happened to the debate over the fate of Florida's growth management agency -- the Department of Community Affairs?

There was no debate, really. Perhaps because, as one prominent agency critic put it, DCA had been the "boogeyman" for discussing the growth management issue.

SB 2156, which has yet to be sent to the governor, abolishes the department by sending portions of it to other agencies. DCA's Division of Community Planning, which oversees local growth management decisions, will have its staff reduced by nearly half as it's transferred to a new Department of Economic Opportunity created by the Legislature.

But DCA has played such a pivotal role in growth management for more than 20 years that it's hard to believe there wasn't more discussion about the agency itself. SB 2156 is a budget conforming bill, so it wasn't heard in committee and it received only an up-or-down vote by both chambers without amendments.

Even before the start of the session, "I think it was more of a foregone conclusion" that DCA was gone, said Charlies Pattison, president of the 1000 Friends of Florida growth management advocacy group.

For years, developers and homebuilders had battled DCA over policy issues in the Legislature and over local projects that faced environmental opposition. Local governments were more than happy to have the state step in and say "no" to powerful local development and real estate interests even if the locals wanted to, which they usually didn't.

Last year, the House let it be known that it was no fan of DCA when it refused to vote on reauthorizing the agency under the "Sunset Review" process.

Then Rick Scott, as a Republican candidate for governor, declared DCA a "job killer" and vowed to get rid of it. As governor, he told that to the faces of DCA employees when he gathered them in the headquarters lobby during a visit in January.

"On the campaign trail," Scott told the employees, "all they wanted to complain about was how fast you all do permitting -- or growth management." 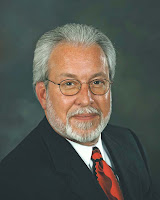 On May 10, Associated Industries of Florida CEO Barney Bishop told a business group in Tallahassee that DCA had simply been the focus of those who wanted get rid of burdensome regulations.

"DCA was that boogeyman for us," Bishop said. "So we essentially got rid of that."

The argument that DCA stifled development is baffling to some of the opponents and even some supporters of the House Bill 7207, the growth management reform bill. It substantially reduces the state's oversight of local land-use decisions while shifting the burden of proof to those who challenge local land use decisions.

Former DCA Secretary Tom Pelham has pointed out that from 2007 to 2010, the state approved 1.5 billion square feet of commercial development in addition to nearly 600,000 new housing units and nearly 1 million acres of land use changes.

Even so, Bishop blames Pelham for making DCA the problem -- apparently for stating that some projects didn't comply with state growth management laws because the need for even more development could not be demonstrated.

"Tom Pelham more than anybody else -- a great guy -- but he was just so much on the environmental side that the business community just loved to hate him," Bishop said.

The Florida League of Cities supports the growth management reforms passed by the Legislature, said Rebecca O'Hara, the group's director of legislative affairs. But she said the group cannot say it is happy to see DCA being abolished.

What killed jobs in Florida, O'Hara said, was not DCA, but the inability of homeowners to sell their houses and the inability of prospective home-buyers to get credit. And that became a national and global economic problem -- not a Florida problem, she said.

"To lay that at the feet of any single agency, that is a very broad generalization and I think it would be unfair," O'Hara said. "To say that, it overlooks all the very good things the agency has done over the years."

So was making DCA the boogeyman a ruse by business interests? Not completely, Bishop says, if it served its purpose of achieving growth management changes.

"It wasn't a complete ruse," he said. "But they (DCA officials) weren't guilty of everything they were charged with.

"Again, you have to put a name and a face to these kinds of issues in order to push that down the road. And that's what we did."

So, does Associated Industries think its acceptable on its part to perpetuate a lie to increase its members bottom line to the detriment of the state?

Did the League of Cities speak up during session and correc tthe lies that were being thrown around?

This is merely another case of corporations' lobbyists writing legislation bypassing the legislature that is owned by special interests, There is a total disregard for the best interests of the populace. That will not change as long as voters stay uneducated.