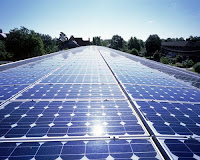 A state climate panel today rejected a commissioner's recommendation for Florida to replace its test for analyzing energy programs -- a test that environmentalists have argued is a barrier to conservation.

The Florida Energy and Climate Commission instead voted to recommend that the Public Service Commission use a revised version of the "rate impact measure" test, or RIM test, that the PSC already is using. The climate commission rejected Commissioner Debra Harrison's proposal to scrap the RIM test, which environmentalists say fails to consider the societal costs of pollution and greenhouse gas emissions.

"I would like to see the state of Florida no longer 28th in the nation in energy efficiency but to move into the top 10 states in this country in moving forward with energy efficiency," said Harrison, who is Florida program director of the World Wildlife Fund. She also said Florida is one of only two localities that rely solely on the RIM test.

But others on the eight-member commission backed Executive Director Jeremy Susac, who said the commission is required to recommend a least costly strategy for most rate-payers. He said the alternative test proposed by environmental groups, the Total Resource Cost (TRC) test, ignores the cost to all utility customers of some incentive programs, such as rebates for solar power, that are provided only to participating customers.

The climate panel, however, did recommend packaging some solar incentive programs with other more cost-effective measures to achieve greater energy efficiency at less cost. That's consistent with state law and the Florida Climate and Action Plan, the panel said.

The Natural Resources Defense Council and the Southern Alliance for Clean Energy have told the PSC that House Bill 7135 in 2008 required the agency to consider replacing the RIM test. But representatives of utilities disagreed with that interpretation and said replacing RIM would be costly to all customers of utilities.

During the Climate and Energy Commission hearing today, some commissioners other than Harrison said they also were concerned about the cost of replacing the RIM test, particularly now. Today was the deadline for submitting a recommendation to the PSC.

"The burden on the general rate-payer would be extraordinary at this time given the economy," said Nicholas C. Gladding, an attorney who has represented corporate clients in environmental permitting cases.

Commission Chairman James F. Murley said now is not the time to be recommending an alternative that provides the most change.

"I think the state is in a worse financial state than many of us want to recognize," he said.

FPL does not require a rate increase - instead, the PSC should require FPL to lower its base rate for electrical power. Recently passed Florida law now requires FPL to install a net-meter on homes and businesses that have a solar electric system installed on their buildings. FPL is required to buy-back excess power generated back to FPL's grid. Properly installed systems can reduce a customer's electric bill to ZERO and force FPL to pay the customers for excess power generated back to the grid. FPL does not advertise this new law because they see it as a competitive threat - and desire to build two more nuclear power plants instead and 16-billion dollars in more infrastructure which is not required.