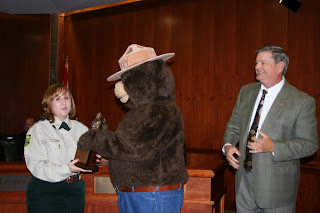 Gov. Charlie Crist and the Cabinet on Tuesday approved a new conservation lands purchase list but only after Agriculture Commissioner Charles H. Bronson insisted that the elected panel also should approve a state work plan for buying land.

Florida Forever and its predecessor land-buying program is the largest in the nation, having acquired more than 2.6 million acres of state forests, state and local parks and hunting preserves. But the program is at risk of running out of money as the state has been slow to borrow money because of a weak bond market, and the Legislature declined to provide new money in 2009-10.

Bronson has urged the state to buy development rights from farms and rural landowners rather than take ownership of the property. And he made that point again Tuesday in requesting a change in state law to require Cabinet approval of the Florida Department of Environmental Protection's land acquisition work plan.

"It is possible the trustees (Cabinet members) may want to decide -- of the different various plans for acquisition -- less-than-fee-simple processes (conservation easements) may be more important to get the same amount of protection and keep those lands on the tax rolls and so forth," he said.

Bronson has said that buying conservation easements is cheaper than purchasing land and avoids future land management costs while landowners continue to pay property taxes. But those land deals rarely include public access.

The new Florida Forever list consists of 2 million acres in 119 proposed purchase areas, one-third of which are conservation easements, according to DEP Secretary Michael Sole. The estimated value of all the land is $22 billion.

Kissimmee Billy Strand, which was added to the Panther Glades project and moved up from the B to the A priority list by the Cabinet, includes 2,312 acres of Green Glades Ranch owned by Florida Fish and Wildlife Conservation Commission member Ronald Bergeron. Commission officials have said DEP will handle the purchase, avoiding any potential conflict of interest for Bergeron. (Click here for related story).

The Florida Forever trust fund had $84 million in it this week and could run out of money by Oct. 1, Deborah Poppell, director of DEP's Division of State Lands, said earlier this month. (Click here for related story).

Sole said Tuesday he's not worried about running out of Florida Forever money, but he added, "I'm watching it like a hawk."

And he said with the estimated value of all the land the state is considering compared to the expected $3 billion to be sought for Florida Forever through 2020, prioritization and oversight by the Cabinet is reasonable.

"Without question the needs are very high (and) the costs are very high," Sole said. "We need to make sure as we move forward we do so in a way that achieves our priorities."

(Photo and text copyrighted by Bruce Ritchie and Florida Environments.com. Do not redistribute without permission.)