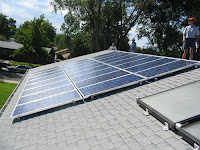 The existing power system is too sensitive to storms and could easily be damaged by terrorists or Internet attackers, said Woolsey, who was CIA director from 1993 to 1995 under President Clinton. Creating a "distributed" system of smaller energy providers, Woolsey said, would protect service to a larger number of customers. 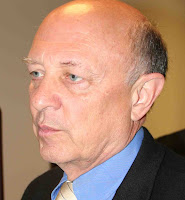 "All of these vulnerabilities come together in the way the grid is constructed today," he said. "In the interest of security, quite apart from any issue about becoming green or (carbon dioxide) emissions ... we really need to move, I believe strongly, toward distributed-generation and a grid that is far more resilient than it is today."

House and Senate committees are considering a Florida Public Service Commission recommendation to require that 20 percent of electricity in Florida be produced from renewable resources by 2020. An energy bill adopted by the Legislature last year requested the PSC recommendation.

Woolsey told committees that a so-called "feed-in tariff" system will encourage renewable energy by allowing developers, farmers and homeowners to make a profit from excess energy produced by solar panels, windmills and other renewable energy systems and sold back to utilities.

The Florida Public Service Commission last year adopted a "net metering" policy requiring utilities to buy back power but not at a monthly profit to customers under a feed-in tariff system, Fitzgerald said.

Nevertheless, Sen. Jim King, R-Jacksonville and chairman of the Senate Committee on Communications, Energy and Public Utilities, said renewable energy will need financial incentives to increase their use. And how much that will cost the state -- and where the money will come from -- is unknown, he said.

"It's a matter of priorities," King said. "Even with all the (budget) cuts and everything we are making this year, we are still going to spend over $60 billion. Somewhere along the line we will have to prioritize what part of that $60 billion or some subsequent year's $60 billion we are going to allocate on renewable sources. If we don't, we are not going to have the renewable sources."