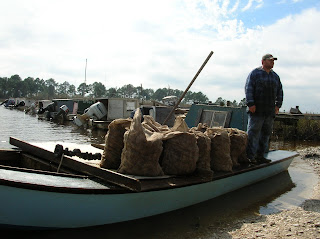 Some fishing communities say a new state grant program that is intended to help preserve "working waterfronts" could be excluding some communities that it shouldn't be.

The Stan Mayfield Working Waterfronts Program, created by the Florida Legislature in 2008, provides $7.5 million per year to help maintain commercial fishing. Program officials are recommending the first grants, totaling $6.8 million, go to Brevard County and the cities of Apalachicola and Sebastian.

But representatives of Monroe and Dixie counties and Horseshoe Beach say the scoring system for grant applications could be more fair to coastal communities.

Monroe County shouldn't have lost points that were given for counties with populations under 30,000, said Cynthia A. Henderson, a Tallahassee attorney who represents the South Florida county. Monroe County had a population of 79,589 in 2000, according to the U.S. Census.

When it created the program, the Legislature specifically provided additional consideration for municipalities of less than 30,000 people, said Ken Reecy, executive director of the Florida Communities Trust at the Florida Department of Community Affairs. FCT administers the Working Waterfronts Program.

Megan Carter, representing Dixie County and Horseshoe Beach, said some consideration should have been given to projects that require less money or could be purchased with some of the nearly $700,000 that would not be awarded.

Horseshoe Beach requested $394,000 to purchase and reopen a boat ramp and closed seafood processing facility. But the project scored last among 10 projects that were evaluated by the DCA even though it would cost less than half of the other projects on the list.

"When you're in an area like the Big Bend, you get more bang for your buck," she said.

"We realize land values are all tanked right now but they will come back," Stanbridge said.

But Reecy said the top three projects could cost less than expected, leaving enough to complete the fourth-ranked project on the list. That was a request for $1.6 million for a commercial seafood building and boat docks in Madeira Beach.

Program officials expect to review the criteria before May, when the next round of grant applications are due. The state rules governing the program could be revised, he said, to address some of the concerns that were raised.

The program is named for Rep. Stan Mayfield, R-Vero Beach, who died last year of cancer after spearheading extension of the Florida Forever state land-buying program.

Mayfield's widow, Debbie, was elected to the Legislature in November to fill the seat left vacant by her husband's death. She said her husband had become concerned about the plight of Florida's fishing families, including her family of shrimpers in Pensacola.

"I'm certainly going to fight for the Stan Mayfield Working Waterfronts funding," she said. "I think it not only preserves land, it preserves jobs for families."
Posted by Bruce Ritchie at 2/03/2009 06:23:00 PM

no matter what anyone says, to use 90 % of the funds for only three areas, that's crooked dealing, don't you guy's think it's high time the sunshine law is used fully and with out bias as to who gets caught with their hand out in private?
if stimulas is going to work, it needs to work for us all. that includes the entire panhandle too.
mw

Thanks for the comments. The evaluation process was reviewed at a public meeting of the Florida Communities Trust. If the three projects were requested for smaller amounts, then I suppose more projects could have received money. But most were for more than $1 million.