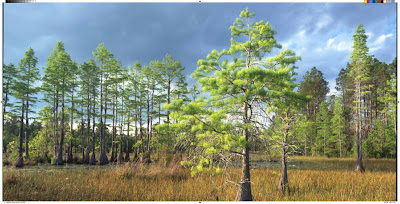 M.C. Davis said he'd forgotten the visit about six years ago by a photographer and author who interviewed him and took photographs of his property, about 48,000 acres in Walton County.

Tom Butler and photographer Antonio Vizcaino were working on "Wildlands Philanthropy: The Great American Tradition." The 322-page coffee table book describes the likes of John D. Rockefeller Jr., who contributed to the creation of Arcadia, Grand Tetons and Smoky Mountain national parks, and the Mellons, who helped conserve more than 2 million acres in Alaska.

On the Florida Panhandle, Davis was working to restore the former farmland and timber company property called Nokuse Plantation (pronounced Neh GOH zee, an indian word for bear). He's spent $50 million buying the property, taking out ditches and dams that disrupted water flow and removing trees that aren't suitable for the pine sand hills. He's restoring rare longleaf pine and has brought in more than 2,000 gopher tortoises, whose burrows provided habitat for numerous other wildlife species.

Yet Davis, a land-speculator turned "nature nut," didn't think he could rank among the titans of conservation who would be featured in the book. Yet, he saw himself in it when copies were sent to him in November. 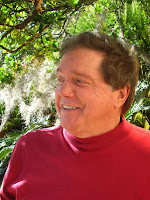 "When you see the quality of our neighbors it's really a humbling experience," Davis told Florida's Acquisition and Restoration Council earlier this month.

"Wildlands Philanthropy" seeks to celebrate the American tradition of private individuals working to protect land and nature for the public, said Butler, who lives in Vermont. He also is editorial projects director for the Foundation for Deep Ecology.

At a time when many people are struggling because of the economic downturn, Butler said individuals of lesser means still can support conservation by helping at local parks or contributing to groups such as The Nature Conservancy, which preserve lands.

"You think of a place like Muir Woods National Park or Grand Tetons National Park or the Smokies -- they are the embodiment of our idea of 'America the Beautiful,' " Butler said. "And they exist in whole or in part because of private philanthropy. The motivating part for us is to help encourage and expand this tradition of private philanthropy toward saving natural areas."

Notably missing from the book is Ted Turner, who owns more than 25,000 acres in Jefferson County and about 2 million across the United States. While Turner is restoring red-cockaded woodpeckers, wolves and bison to some of his properties, Butler notes that he also is not necessarily managing them as permanent preserves or as parks for public use.

Lane Green, executive director of Tall Timbers Research Station and Land Conservancy near Tallahassee, said he thinks Turner and other landowners are playing an important conservation role on private lands.

"Conservation isn't just government's business," Green said. "It has to have a private component. Government can't and shouldn't buy up everything."

The areas featured in "Wildlands Philanthropy" are preserved as wilderness, Butler said. That's not completely the case yet at Nokuse Plantation, where Davis has heavy equipment being used to clear cut rows of planted slash and sand pines to replace them with nearly 5 million longleaf pines, restoring a disappearing forest ecosystem.

But Butler notes that the logging is part of the ongoing restoration. Davis told state officials that their purchase of a conservation easement on Nokuse Plantation helped pay for the work. Conservation easements involve providing payments or other incentives for landowners not to develop.

"The money derived from it, as always, I'm recycling it back into nature," Davis told the state Acquisition and Restoration Council earlier this month. "I'm not making any money. I'm delighted to make a bargain sale. I think this is probably the biggest bang for the buck."

The Air Force supports the project because it prevents development under the flight patterns of the fighter aircraft at nearby Eglin Air Force Base. Environmentalists say Davis provides a shining example of environmental stewardship in the region.

"In this economy, it is an outstanding committment," said Richard Hilsenbeck of The Nature Conservancy. "You can't say enough good about what is going on there."

Davis also is paying for construction of the E.O. Wilson Biophilia Center at Nokuse Plantation to teach Walton County students about the local wildlife and ecology. He said it's an opportunity to expose the public and youth to the nature that previous generations grew up with.