Analysis: Biomass plant at FSU slipped under the radar 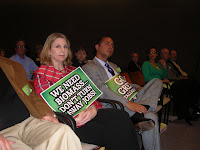 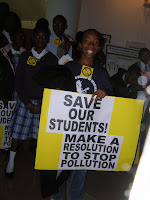 By Bruce Ritchie
The controversy over a proposed biomass gas electric plant in Tallahassee may reveal a flaw in the land-use planning process for state facilities and universities.

More than 150 people on Wednesday attended a City Commission public hearing related to Florida State University's master plan, which includes 21 acres for the plant where wood chips will be heated to create gas.

Some residents raised concerns about possible noise, odors and pollution from the plant. Supporters said the plant will provide renewable energy for Florida and bring "green" jobs to Tallahassee.

But almost no one attended an FSU public hearing earlier this year on the master plan despite it being advertised in a local newspaper. Residents said they only became aware of the proposed plant after news that the Florida Department of Environmental Protection proposed a permit for it.

"I didn't know about this until just the other day," said Jim Guerry, who owns several houses in the neighborhood. "Nobody told me anything."

More than 15 public meetings were held to discuss the proposed plant, Glenn Farris, president and CEO of Biomass Gas & Electric, told the City Commission. His company has a lease with FSU to build the 42-megawatt plant.

But City Commissioner Debbie Lightsey questioned whether the company had done enough to meet with residents since the city agreed in 2006 to purchase power from the company. And Commissioner Andrew Gillum, who said he supports such renewable energy, faulted both the city and company for how the public had been informed.

If the plant were located on private land, residents within 500 feet of the site would have received notices by mail that there was a site plan review under way.

"I do think this is something in the future we need to look at -- how people were made aware of these plans," Tedder said.